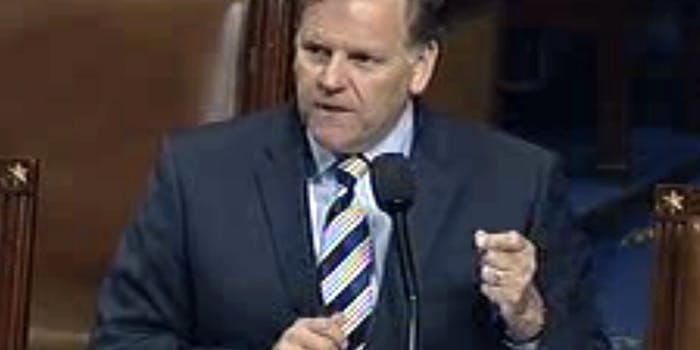 Despite the protests of Internet privacy advocates, the controversial Cyber Intelligence Sharing and Protection Act (CISPA) passed the House of Representatives Thursday.

Despite the protests of Internet privacy advocates, the controversial Cyber Intelligence Sharing and Protection Act (CISPA) passed the House of Representatives Thursday.

CISPA is designed to make it easier for private networks that come under cyber attack to share what they know with federal intelligence-gathering agencies like the NSA and FBI. In theory, this would bolster the country’s ability to fight off hackers—whenever private companies are under siege, the government could immediately step in to help.

But the bill’s many critics say that CISPA allows those companies to recklessly bypass privacy laws, and would give them carte blanche to share your personal information with a host of federal government agencies.

CISPA saw a handful of minor amendments soon before passage. A representative for the EFF told the Daily Dot that while they were still analyzing the specifics, none of the actual changes to the bill addressed their core criticisms.

The bill, or a very similar version, passed the House almost exactly one year before, in April 2012. Then, as this year, it received moderate Democratic and heavy Republican support.

But also as was the case the year before, on Tuesday the Obama administration issued a promise to veto the bill if it reaches the president’s desk without significant changes.

Last year, CISPA was never picked up in the Democrat-controlled Senate. Whether that will change this year has yet to be seen.