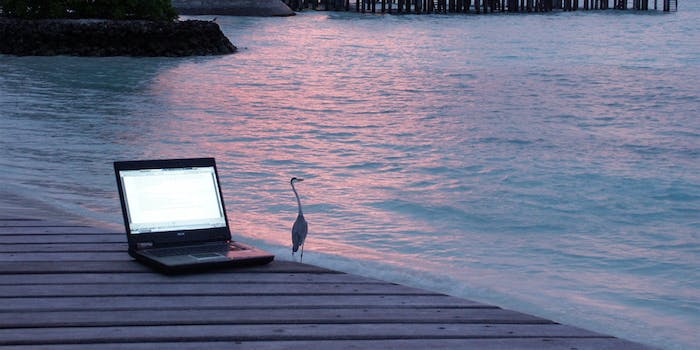 Combined, Cisco and Microsoft will have laid off 36,000 over the last four years.

Following in the footsteps of Microsoft, who said it would cut 18,000 employees, Cisco has announced that it will layoff up to 6,000 workers, eight percent of its workforce. The news of the cuts came during a call with investors, in which Cisco noted it beat Wall Street estimates, with quarterly sales of $12.4 billion, and a profit of $2.2 billion.

The layoffs come after Cisco cut 12,000 jobs between 2011 and 2013. If the proposed layoffs are fully executed, 36,00 jobs will have been removed from two of the biggest tech employers in the world over the last four years.

Despite the cuts, Cisco CEO John Chambers told investors he was pleased with the direction of the company. “I’m pleased with how we are transforming our company over the past several years and that journey continues. Our strategy is sound, our financials are strong, and our market leadership is secure.”

Thanks to advancement in robotics and outsourcing, tech companies have been cutting jobs over the last few years. Wages have risen for those who have remained, but income disparity, especially in Silicon Valley, has dramatically increased.

The sad part is, the trend has no end in sight. These days there is less demand for manpower, with manufacturing being done by computers. Companies that can partially or fully automate their production can shed large numbers of employees, raising the bottom line in the process.

Unless you have a technical expertise, getting or keeping a job at a tech company will become increasingly difficult. As CEO John Chambers told investors about the changes happening within Cisco, “we are focused on growth, innovation and talent, especially in the areas of security, data center, software, cloud and Internet of everything.”

If you work in Silicon Valley and aren’t in one of those fields, jobs will only continue to get tougher to come by, a sad and unfortunate fact in America’s strongest industry.