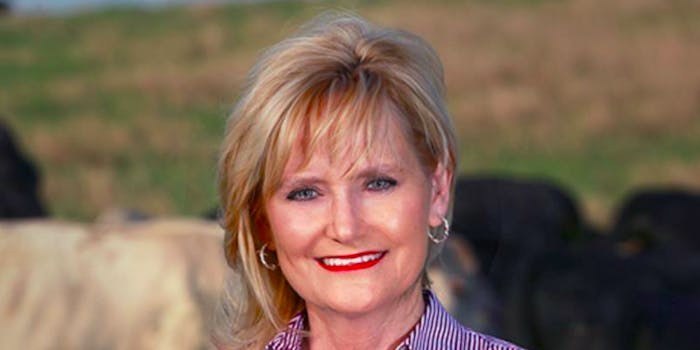 It's unclear if the refunds are coming.

Cindy Hyde-Smith, the Mississippi Senator whose campaign came under fire after she was caught on video joking about lynching, won her race with the support of corporate donors, many of whom requested their donations back. FEC filings show, however, that Hyde-Smith’s campaign has not returned many of the donations as requested.

The filings, which appeared online Thursday, show refunds to some private donors, including $2,700 each to Ann Johnson and Charles Johnson of Palm Beach. Mr. Johnson is part owner of the San Francisco Giants. A $2,700 donation from Peter Zieve, an aerospace executive, was returned as well. Zieve ran for City Council in Mukilteo, Washington in 2017, after emails showed him referring to Middle Eastern refugees as “filthy rubbish” surfaced. He did not win the election.

AmGen Inc., a biopharmaceutical company, the National Cattlemen’s Association PAC, and the Office of the Commissioner of Major League Baseball all stopped payment on their donations of $5,000.

But corporations like Facebook, which donated $2,500 to Hyde-Smith’s campaign through a PAC, Google, WalMart, and others that requested a refund of their donations have yet to see those donations returned, according to the filings.

Hyde-Smith’s campaign is not legally obligated to return the donations; with just over $63,000 in her campaign account, it may not be feasible to return all the requested donations.

As the Jackson Free-Press reported, Amazon also donated to the Hyde-Smith campaign, but never requested a refund, despite public pressure. Amazon plans to open a distribution center in north Mississippi, the company announced Dec. 21.

Hyde-Smith will head back to the Senate on Jan. 3 after beating Democrat Mike Espy in a runoff on Nov. 27. She is expected to run again in 2020.