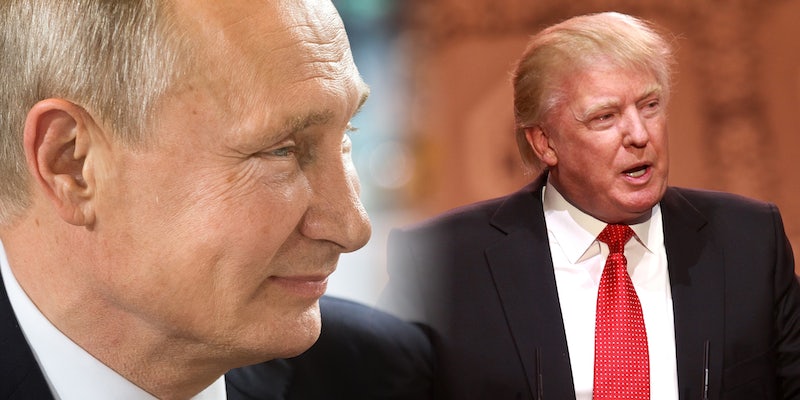 A pair of reports that emerged Friday night from two major U.S. newspapers are poised to cast further suspicion on Russia, which has been accused of meddling in the U.S. presidential election.

In a shocking report, the Washington Post claims that the Central Intelligence Agency (CIA) has concluded in a secret assessment that the hack which rattled the Democratic Party to its core this summer was orchestrated by the Russian government, not simply to undermine the integrity of the U.S. election process but to specifically aid President-elect Donald Trump’s campaign.

The clandestine agency reportedly shared its findings in a closed-door briefing with key U.S. senators last week, presenting “a growing body of intelligence from multiple sources,” according to the Post, which cites unnamed officials said to be familiar with the discussion. The CIA briefers are said to have made it “quite clear” that the Kremlin’s goal was a Trump victory.

U.S. investigators know the people connected with the Russian government who released the DNC’s emails to Wikileaks.

The individuals allegedly responsible for hacking the Democratic National Committee (DNC)—a cyberattack that stirred chaos and dissension within the party’s ranks on the eve of its nominating convention and led to the unseating of its chair, Rep. Debbie Wasserman Schultz (D-Fla.)—were not specifically named in the Post’s report. But they’re said to be “one step” removed from the Kremlin, according to a senior U.S. official, who was also unidentified.

“It is the assessment of the intelligence community that Russia’s goal here was to favor one candidate over the other, to help Trump get elected,” the senior official reportedly told the Post. “That’s the consensus view.”

Congressional leaders were secretly briefed by the CIA on this new assessment.

The Trump transition team responded Friday night with a statement, which contained a lie about his margin of victory, that dismissed the CIA’s findings: “These are the same people that said Saddam Hussein had weapons of mass destruction,” Trump’s camp said. “The election ended a long time ago in one of the biggest Electoral College victories in history. It’s now time to move on and ‘Make America Great Again’.” (Trump’s margin of victory is ranked 46th out of 58 U.S. presidential elections.)

The Post story, which cited senior government officials with direct knowledge of the CIA’s report, did not elaborate on the type of intelligence reportedly amassed by the agency. It also did not offer any new information regarding the agency’s methods for attributing the DNC hack to Russia.

In a separate story, the New York Times reported that U.S. intelligence agencies now had “high confidence” that the Russians also hacked the Republican National Committee‘s computer systems. A senior administration official said the Russians had “conspicuously released no documents.”

This is BIG: The intelligence community says Russia hacked the RNC too, but didn’t release anything https://t.co/qw0J7JxV0p pic.twitter.com/yjXO49YOlL

The Times report cites intelligence sources who appeared to cast doubt on the veracity of the Post‘s source, asserting that “many intelligence officials” are still convinced that Russia’s goal was “simply to disrupt the campaign and undercut confidence in the integrity of the vote.”

The CIA and the National Security Agency are said to have briefed the White House and Congress on “individual Russian officials they believe were responsible,” according to the Times, which proceeded to speculate that the Russians may have been simply “hedging their bets.”

The Times noted, however, that the intelligence agencies are convinced that the RNC was hacked by “the same Russians who penetrated the Democratic committee and other Democratic groups.”

But there was some questioning of the Times‘ reporting methods early Saturday morning, particularly from an RNC chief strategist.

The RNC was not "hacked". The @nytimes was told and chose to ignore. Exhibit #1 in the fake news https://t.co/vDUxDr81wr

A report on the alleged acts of espionage committed by Russia during the 2016 election will be included in a report ordered by President Obama to be received before he leaves office on Jan. 20.