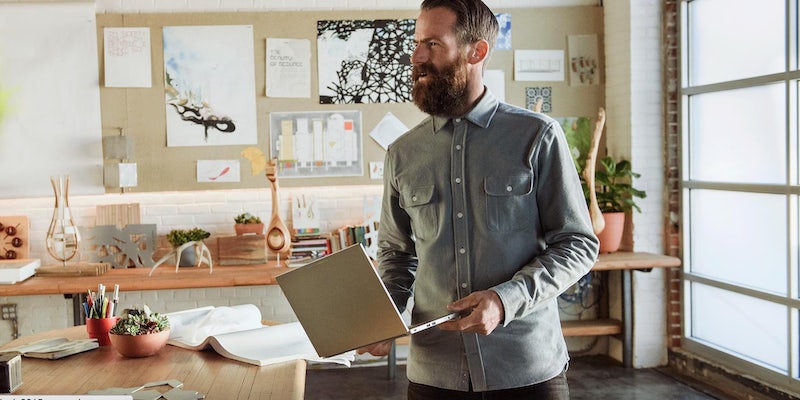 Google has its own plan for the future of USB

Apple ain't the only show in town.

Apple isn’t the only one throwing its weight behind a special newfangled multitasking cable known as the USB-C. Google just introduced a new version of its high-end Chromebook Pixel notebook that sports a USB-C connection, along with 12 hours of battery life, a pixel-dense high resolution touchscreen, and a wide angle lens on its camera—a perk if you’re the Skyping type.

The USB-C standard improves upon the USB cables we use now in quite a few ways. On top of speeding up data transfers, the USB-C is smaller, symmetrical (no more fumbling and flipping the damn thing to plug it in), and it simplifies the experience of plugging stuff in by serving as multiple ports in one. With a USB-C, a single port transmits power (charging), video (like an external monitor), and data (adding songs to a smartphone).

“We think you should be able to use just one charger for all your electronics,” said Andrew Bowers, Google’s consumer hardware director.

“The Pixel is one of the first products to launch with this new standard, with more Chromebooks and Android devices following suit soon.”

The Chromebook is pricier than many of Google’s crazy-cheap models, but still reasonably priced at $999 or $1,299 for an “LS” edition (Google tells us that stands for “ludicrous speed”). You can check out the full specs on the Chromebook Pixel landing page.

With Apple and Google throwing their weight behind it, USB-C is the next major USB standard; with its myriad advantages, you can expect it to start showing up all over the place.