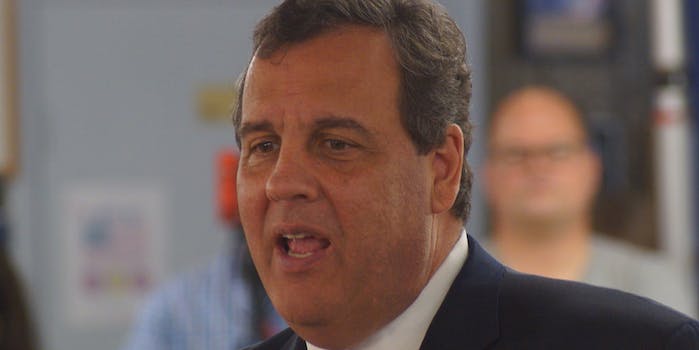 He says he's going to work with FedEx's CEO to make it happen.

Christie made the comment during a campaign event in New Hampshire, according to Reuters. He also stated that he would ask FedEx CEO Frederick Smith to create the system.

“I’m going to have Fred Smith, the founder of FedEx, come work for the government for three months,” Christie said. “Just come for three months to Immigration and Customs Enforcement and show these people.”

Smith’s daughter, Samantha Smith, works as a spokesperson for the Christie campaign.

“You go online and at any moment, FedEx can tell you where that package is,” Christie told supporters. “Yet we let people come into this country with visas, and the minute they come in, we lose track of them.”

“We need to have a system that tracks you from the moment you come in and then when your time is up, whether it’s three months or six months or nine months or 12 months, however long your visa is, then we go get you and tap you on the shoulder and say, ‘Excuse me, thanks for coming, time to go,'” Christie said.