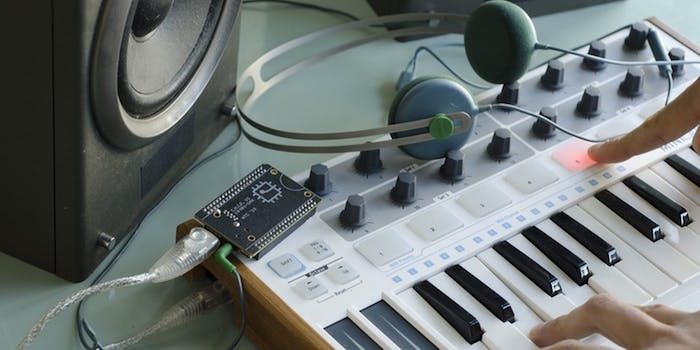 This tiny-but-mighty microcomputer only costs $9

It’s got serious computing power, comes pre-loaded with a ton of must-have apps, and fits in the back of your pocket. But best of all, C.H.I.P. is just $9.

C.H.I.P. is a tiny computer with 1Ghz processor, 512MB of RAM, and 4GB of storage, more powerful than the Raspberry Pi, a micro-computer popular among makers and programmers. With C.H.I.P, you can play games, browse the Web, edit photos and videos, and save documents directly on the device.

Next Thing Co., the team behind C.H.I.P., is an Oakland, Calif-based group of programmers and artists who want to make computing affordable and accessible. They launched a Kickstarter to raise money to further development of the pocket-sized computer, and in just two days, supporters blew past the $50,000 goal, raising over $200,000 for C.H.I.P. And that number is steadily growing.

C.H.I.P. has built-in Wi-Fi and Bluetooth capabilities, and can connect to any monitor. And thanks to Bluetooth, you can pair it with your mouse and keyboard wirelessly. A dozen apps for productivity, gaming, and entertainment come pre-loaded on the device, including Scratch, a learn-to-code program that teaches the basics of software development. Of course, you can download thousands more open source apps for free. 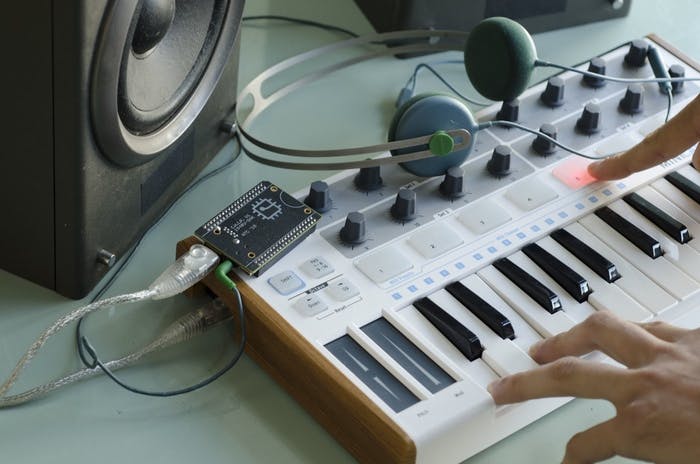 C.H.I.P. and its companion PocketC.H.I.P., a storage box that gives the computer a 4.3-inch screen, full keyboard, and extended battery, are open source, meaning anyone can download and modify the schematics of the devices.

Next Thing Co.’s computer is undoubtedly the cheapest on the market, and as Make Magazine explained, the insanely affordable price point is possible thanks to a partnership with Chinese company Allwinner, makers of a cheap A13 processor. Allwinner provided Next Thing Co. with early access to its brand new R8 processor, designed to make a smaller system-on-chip.

There are still 28 days left in C.H.I.P.’s Kickstarter campaign, and by pledging $9, you can get your own tiny computer. The first prototypes will begin shipping in September, and backers can expect their official C.H.I.P. computers in May of next year.