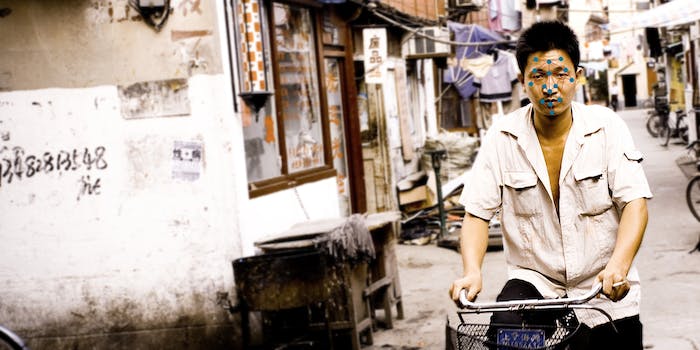 Your pretty smile actually will pay for your meal.

Apple may be getting a lot of attention for its plans to revolutionize mobile payments, but China appears to have already moved on to the next big thing in high-tech shopping: facial recognition.

A report from Science and Technology Daily, flagged by ZDNet, describes an effort by the Chinese Academy of Science (CAS) to develop a facial-recognition payment app in 2015.

The app relies on technology that can “simultaneously gather facial information from 91 different angles” and has yielded an accuracy rate of 99.8 percent.

China is already using the app’s underlying technology at border checkpoints, ZDNet says. The software’s “learning abilities” can detect aging and weight changes, meaning that these incremental differences in peoples’ faces shouldn’t yield errors when they try to pay for something.

Depending on when exactly China launches its facial recognition payment app, it may beat out a Finnish company for the distinction of operating the first such system. The Finnish company, Uniqul, has developed similar technology and plans to embed it in payment terminals, but on its blog, the company says it is still “finalizing our product and getting ready for deployment in the Helsinki area.”

Paypal tested a version of this system in London in August 2013. As part of a partnership with a group of British merchants in one of the city’s boroughs, Paypal allowed customers to check into an eligible store, gather their items, and scan their phone through the store’s kiosk. “The person’s name and photograph show up on the store’s payment system,” according to Mobile Payments Today. “The cashier then clicks on the customer’s photo to send the payment through.”