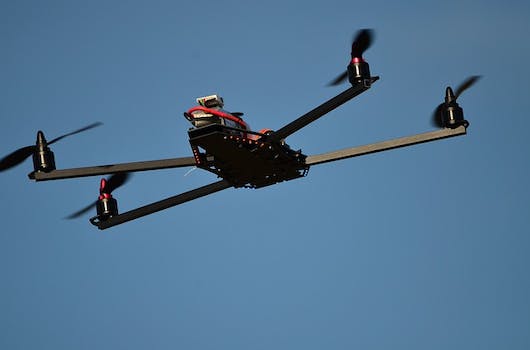 China is developing a mobile laser system to shoot down drones

Mount the lasers on sharks, and then we'll talk.

In 1983, Democrats mocked President Ronald Reagan for a defense program, known as the Strategic Defense Initiative, that would use lasers and projectiles to intercept Soviet missiles. The Democrats called Reagan’s fanciful, unworkable idea “Star Wars.” Now, the Chinese government is modernizing “Star Wars” for the era of pilotless weapons platforms, escalating the drone wars with a new defense against possible unmanned aerial vehicle (UAV) attacks.

China’s state-run news agency Xinhua reports that the Chinese government has developed a laser defense system for taking down small drones as far as 1.2 miles away within five seconds of detection. The technology was developed in part by engineers at the China Academy of Engineering Physics and can be either be installed on the ground or mounted on vehicles to provide security at major events.

Yi Jinsong of the China Jiuyuan Hi-Tech Equipment Corporation told Xinhua that the technology was developed as a pre-emptive weapon against terrorists. Chinese officials worry that militants could use drones—which are getting smaller and cheaper every year—to launch strkes within China’s borders.

“Intercepting such drones is usually the work of snipers and helicopters,” said Jinsong, “but their success rate is not as high and mistakes with accuracy can result in unwanted damage.”

The laster system can reportedly intercept drones flying under 1,600 feet. In a test that Chinese officials described to Xinhua, the interception platform shot down 30 drones with 100 percent accuracy.

As drones become more commonplace, concerns about their use by terrorists continue to increase. Yet developing anti-drone countermeasures also makes sense for countries looking to maintain a strategic military advantage over their nation-state rivals.

At present, the United States is the undisputed global leaders in weaponized drones. In addition to the large, high altitude drones that the military has used for years in places like Iraq, Afghanistan, and Pakistan, the U.S. has been working on developing small, pocket-sized surveillance drones that can fly for up to two hours and transmit high definition video back to their operators.

However, America’s drone dominance may be short-lived. A recent Defense Science Board report noted that Beijing’s effort to expanding it drone program “combines unlimited resources with technological awareness that might allow China to match or even outpace U.S. spending on unmanned systems in the future.”

H/T The Guardian | Photo by heimkinothx/pixabay

For the political reporting the Internet deserves, sign up for the weekly @DotPolitics newsletter.