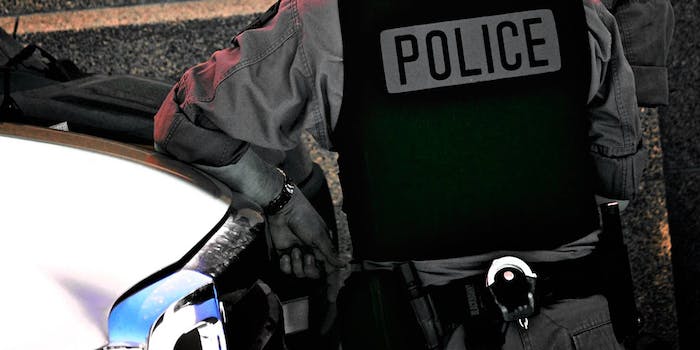 After the death of Laquan McDonald, another graphic video puts Chicago police under more fire.

The Chicago Police Department is facing fresh scrutiny after a video released late Monday showed officers smiling and repeatedly Tasering a mentally ill University of Chicago graduate and dragging him out of his cell in handcuffs.

The graduate, Philip Coleman, died from an antipsychotic drug at Roseland Community Hospital, the Chicago Tribune reported. But an autopsy revealed that he also experienced more than 50 bruises and severe trauma all over his body from his head to his lower legs.

Coleman’s father, a career law enforcement officer based in the south suburbs, told the Tribune on Monday evening that his son had a mental breakdown the day his mother called the police. He said that his wife trusted the police to do their jobs properly and not kill their son.

“That was just not Philip,” Coleman’s father said. “He wasn’t in his right mind or body.”

In a statement accompanying the video’s release, Chicago Mayor Rahm Emanuel said that Coleman’s treatment in police custody three years ago was unacceptable.

“I do not see how the manner in which Mr. Coleman was physically treated could possibly be acceptable,” Emanuel said.

“While the Medical Examiner ruled that Mr. Coleman died accidentally as a result of treatment he received in the hospital, it does not excuse the way he was treated when he was in custody,” he added. “Something is wrong here—either the actions of the officers who dragged Mr. Coleman, or the policies of the department.”

The city of Chicago has already ruled, however, that the officers’ actions were justified.

The release of the video, embedded below (warning: graphic content), comes a week after the release of another graphic video showing officer Jason Van Dyke repeatedly shooting 17-year-old Laquan McDonald. Van Dyke was charged with first-degree murder in that shooting.

The video of McDonald’s death, along with other police-brutality cases, have prompted the Department of Justice to launch a civil-rights investigation. Attorney General Loretta Lynch said that federal investigators would scrutinize the department’s patterns and examine whether officers’ behavior violated the Constitution or federal law.

Black lawmakers in Illinois on Tuesday asked the Justice Department to expand that probe to cover offices like the Independent Police Review Authority.

Photo via Nicole Yeary/Flickr (CC BY 2.0) | Remix by Jason Reed