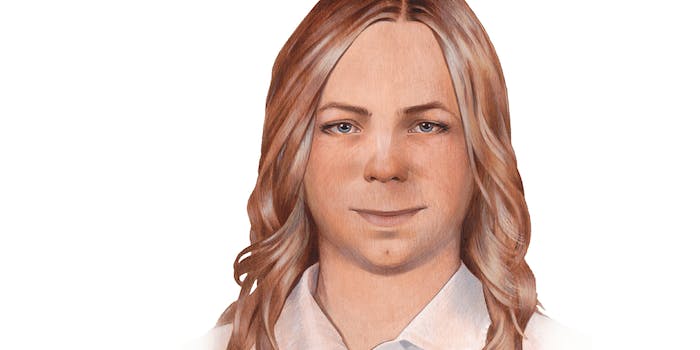 Her sentence had been commuted by Obama.

Private Chelsea Manning was released from Fort Leavenworth military prison in Kansas on Wednesday, where she had been serving a 35-year sentence for leaking over 725,000 secret U.S. government and military documents to WikiLeaks.

“I appreciate the wonderful support that I have received from so many people across the world over these past years,” she told ABC News.

“The past will always affect me and I will keep that in mind while remembering that how it played out is only my starting point—not my final destination.”

After serving seven years, Manning’s sentence was commuted by former President Barack Obama in January, one of his final acts in office.

At the time, then President-elect Donald Trump described Manning as an “ungrateful traitor” and denounced Obama’s decision.

A spokesperson for the U.S. military confirmed to the BBC that Manning had left the prison early Wednesday. She will remain on unpaid active duty while her military court martial is under appeal. It’s likely that once this has concluded, Manning will be dishonorably discharged from the Army.

While there is no further information as to where Manning may be stationed during this time, she will continue to have access to healthcare benefits, the Army confirmed. This will allow her to continue the gender transition treatment she had been undergoing in prison.

Manning leaked a massive file dump of reports and cables while serving as an intelligence analyst stationed in Iraq. Among the files was the Collateral Murder tape, footage of an American helicopter firing on a group of individuals in Baghdad, killing two Reuters journalists.

She was arrested three months later. Though acquitted in 2013 of aiding the enemy, Manning was convicted of 20 charges including espionage.

Update 9:07am CT, May 17: Manning published her first photo as a free woman on her Twitter account, @xychelsea, along with the hashtag #ChelseaIsFree

“After another anxious four months of waiting, the day has finally arrived. I am looking forward to so much!” she also said in a statement released through the American Civil Liberties Union. “Whatever is ahead of me is far more important than the past. I’m figuring things out right now – which is exciting, awkward, fun, and all new for me.”