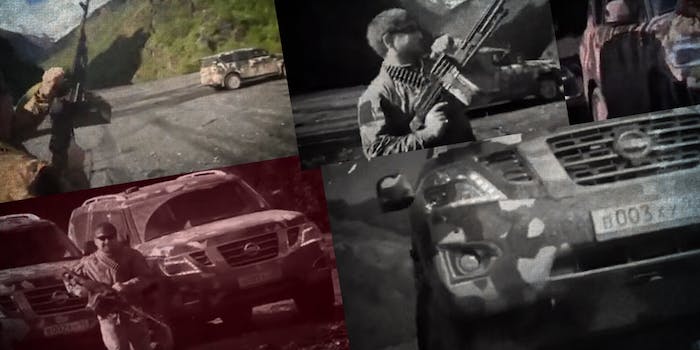 Head of Chechen Republic made a crazy, low-budget action trailer

The Head of the Chechen Republic, Ramzan Kadyrov, has released an absurd, extremely low-budget action movie trailer in which he is the star.

The trailer itself, only 33-seconds long, consists almost entirely of shots of Kadyrov, a former militia leader, jogging through puddles and firing a gun. He’s buoyed by eight vehicles, which drive through puddles. At the end, he aims a rifle at the sky.

In his emoji-laden Instagram description of the film, translated by Microsoft Translator, Kadyrov says, “after lengthy negotiations, I accepted the role of the protagonist.”

“The director is the author of famous Hollywood films,” he adds. “Also, the film has international stars.”

As noted by the Guardian, the head of the tiny Russian federal subject is also the inadvertent star of another upcoming film, The Family, a documentary about his close relationship with Russian President Vladimir Putin. It alleges rampant corruption and accuses his administration of presiding over widespread human-rights abuses.

The title of Kadyrov’s own film roughly translates to “He Who Doesn’t Understand Will Understand,” which apparently is a reference to anyone watching it.