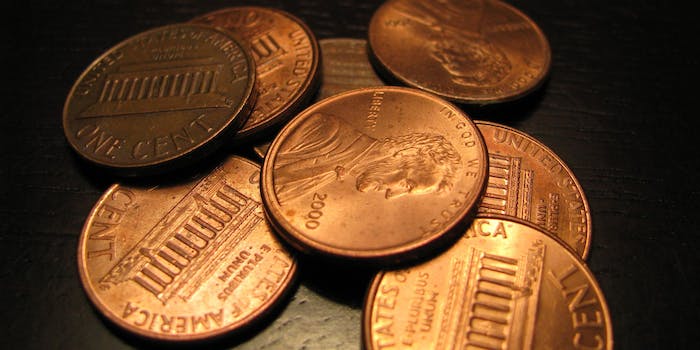 I don’t know about you, but 2016 has seriously done a number on my bank account. After my monthly bills, the mortgage, car insurance, and fast food budget (this one’s a doozy), I have approximately, oh, one single U.S. cent to my name.

Obviously, with my limited shopping budget of exactly one penny, I’m going to have to choose a shopping destination very carefully. Just kidding, we’re going to Amazon, because this is the internet and where else would I possibly go?

OK, so right off the bat we have something that I’ve pretty much always wanted in my life. According to the seller, these ear tips can help you pull off a whopping seven different kinds of cosplay, and all for a single cent. Talk about value!

I’m already married, which is really unfortunate because if I wasn’t married, I would definitely pick up at least a 12-pack of these beauties and get some sort of a polygamous commune started. What woman in their right mind would say no to such a classy, criss-cross, double X, promise engagement bridal wedding band ring? Exactly.

I’ve never had to wear a cast in my life, much less three, so I’m guessing that picking up this value bundle for one cent would last me literally for the rest of my entire life. It’s always good to plan ahead.

I’m not really a Giants fan, but for a deal this great I’ll damn sure pretend to be.

Check out the sweet product description on this beauty: “Eye-catching when you on the party”! Hell yeah! I’m going to be on so many of the parties with this totally not-politically-charged mask on my stupid head. Who knew that fighting the powers that be was so affordable?

I’ve always wanted a baby! For a cent I’m thinking that’s a pretty reasonable deal. Oh, it’s just the headband? Well, even so, that’s a damn fine looking poof of lace right there. I’m still not sure what a “Pincess” is, but hey, you can’t expect proofreading when you’re buying penny headbands.

You can tell the seller was in a hurry to get this listing up because they forgot the “b” in bathtub and the “e” in shower, but you’d be moving fast too if you had to make a living selling plastic toys for one cent. 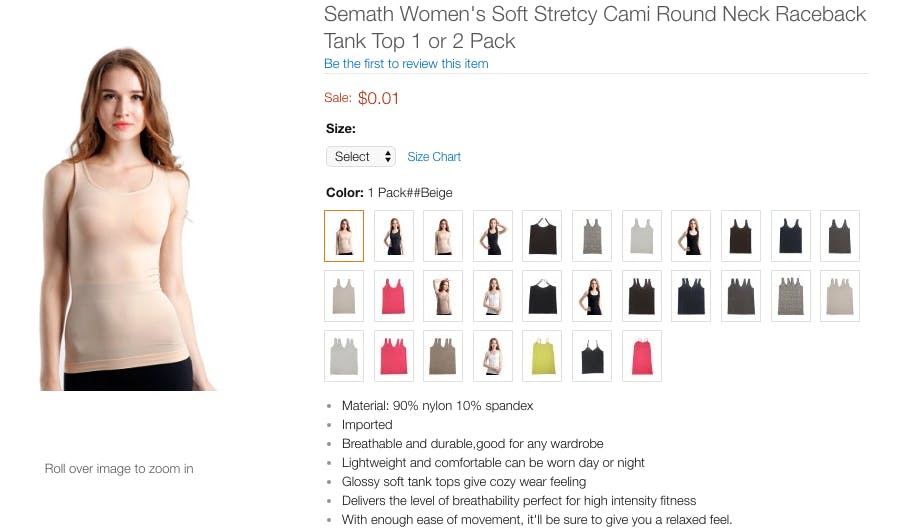 I don’t normally wear women’s tank tops, but I’d be willing to consider it for the price. Of course, I’d have to get over the fact that the color makes it look like I’m wearing a second layer of skin on top of my own skin, but I’m not wealthy enough to be picky.

Can we just take a moment to reflect on the fact that we live in a time where, if you somehow forgot to buy a Shrek Happy Meal from McDonalds six years ago to score a sweet Three Little Pigs toy, you can just buy it for one penny on the internet? This is truly the future.