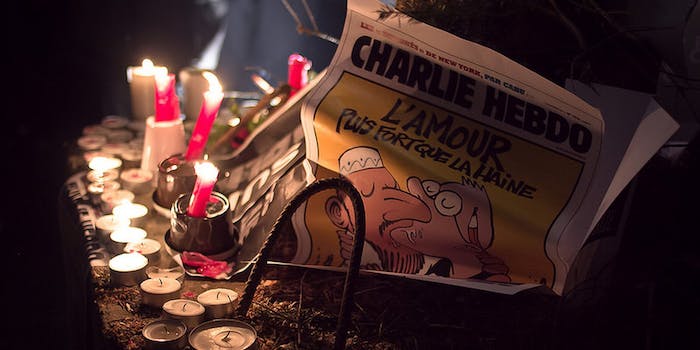 A copy on eBay is going for $10 million.

If your first thoughts upon learning that terrorist shootings in France left 17 dead were about how to profit from such bloodshed, then congratulations, you’re a monster. And at this point, you likely have an account on eBay, where sellers are seeking vast sums for canonical issues of Charlie Hebdo, the magazine targeted in the recent jihadist attack.

The asking price for “collectible” copies—most are a 2011 edition with a cartoon prophet Muhammad promising “A hundred lashes if you don’t die laughing,” or an issue published the week after staffers were brutally gunned down, featuring a sad Muhammad and the words “All is forgiven”—is as high as 10 million euros ($11.2 million), though interest is slack. 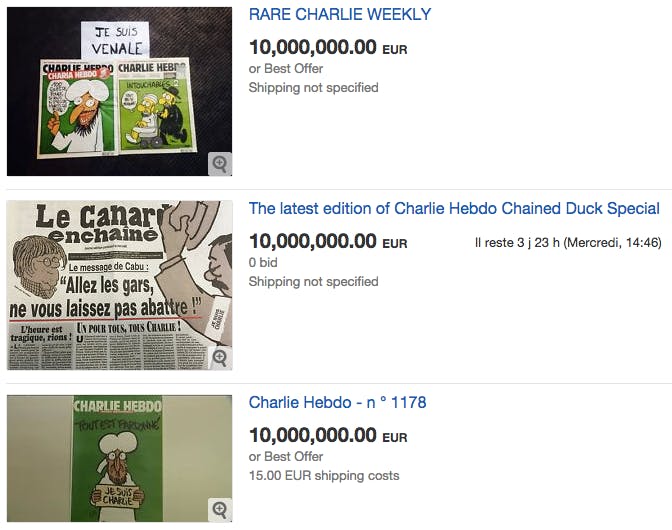 Somewhat more reasonably, Frenchman Patrick Legrain wants to unload the 2011 issue for $500,000, the Village Voice reported, and may have gotten a nibble. Seems his strategy of posting in Craigslist’s New York pages because “New Yorkers don’t forget 9/11” is paying off. The paper noted that one “All is forgiven”/“Je suis Charlie” issue fetched $20,000 the day of publication. The first 3 million copies printed sold out in minutes; another 4 million followed. 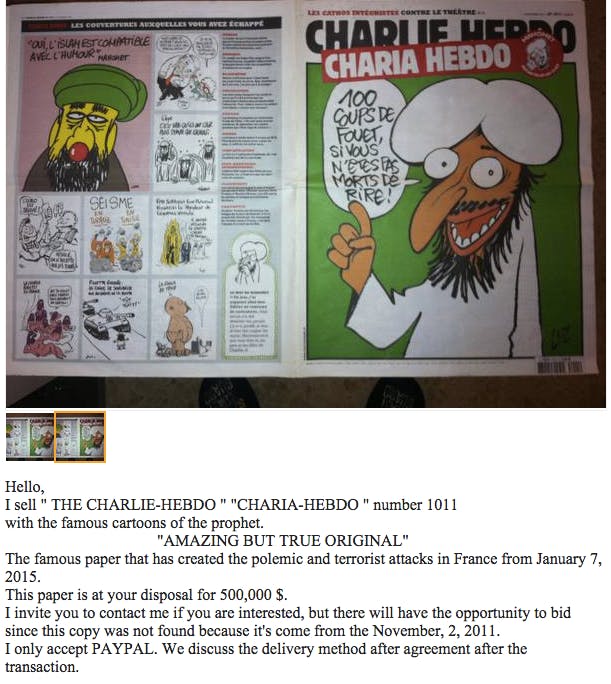 Really, it’s wonderful that we have the freedom to be capitalist vultures, but I’m not convinced we need to exercise it. And wouldn’t doing something as shady as transferring half a million bucks through PayPal automatically make you the target of a U.S. drone strike?

If you want to buy something horrible at an auction on the cheap, go with this Kurt Cobain T-shirt.