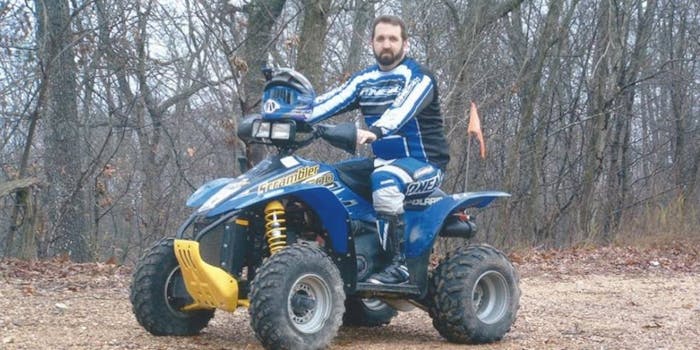 The front page of his account reads, "Of course I want religion to go away."

A Facebook page apparently belonging to the alleged Chapel Hill shooter indicates that he may have been motivated by anti-religious sentiment when he committed what many are calling a hate crime.

Three Muslim students in Chapel Hill, N.C., were killed in a shooting near the University of North Carolina on Tuesday night. The suspect is 46-year-old Craig Stephen Hicks, who turned himself in to the police shortly after the shooting.

Hicks’ apparent Facebook page reveals an obsessive interest in atheism, with the religion section of his bio featuring a long paragraph where he describes religion as “arrogant” and “a transparent raft of delusions and lies.” The Facebook page contains photos that resemble Hicks’ publicly released mug shot without a reasonable doubt, and a 2012 post reveals his corresponding middle name.

Hicks wrote, “When it comes to insults, your religion started this, not me. If your religion kept its big mouth shut, so would I.” His front page banner reads, “Of course I want religion to go away.”

Many of his posts are linked to atheism and anti-religious messages, including memes and image macros saying things like, “Religion: The world’s most successful pyramid scam.” 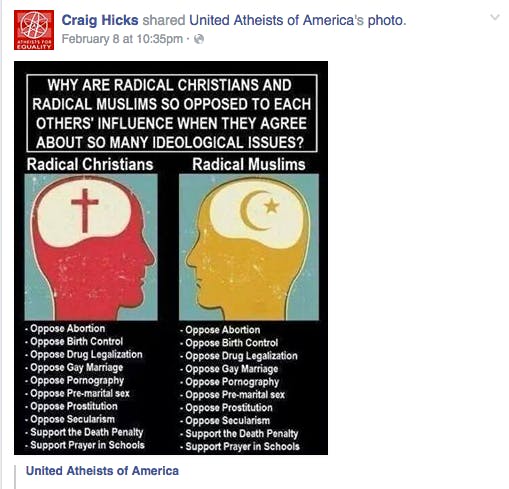 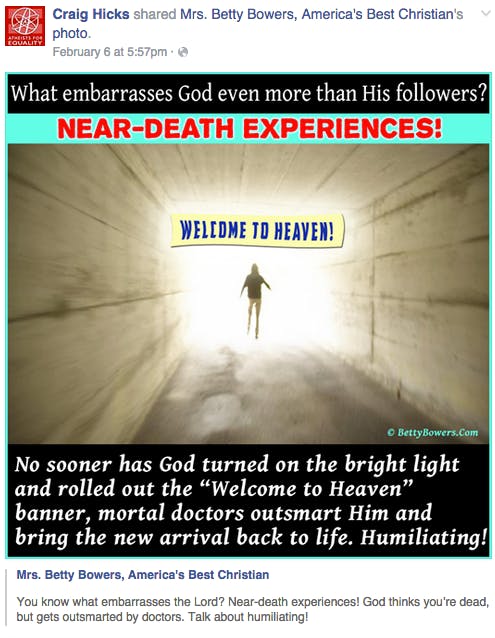 Under “political views,” Hicks expressed libertarian leanings, writing, “I don’t care about parties, just each individual and the rights of such in the Constitution! Some call me a gun toting Liberal, others call me an open-minded Conservative.”

This libertarianism is reflected in his other Facebook posts, which identify him as a supporter of LGBT equality and a handgun enthusiast.

As first noted by reporter Omar Ghabra, an Amazon wishlist reportedly belonging to Hicks includes numerous other combat supplies, including a rifle scope, tactical blades, and a camouflage ghillie suit, along with more everyday items like Dragon Age: Inquisition and the Val Kilmer crime thriller The Salton Sea. 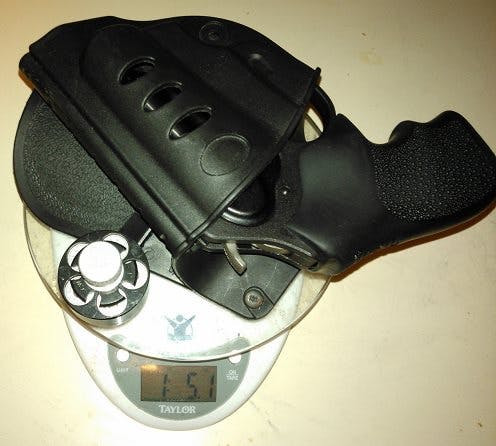 Richard Dawkins‘ The God Delusion is listed among Hicks’ favorite books, which might be why Dawkins felt it necessary to condemn the shooting on Twitter.

How could any decent person NOT condemn the vile murder of three young US Muslims in Chapel Hill?https://t.co/pdtwnKqYG3

The shooting is already drawing parallels with recent comments from Dawkins regarding religious extremism, when he called for a “massive vocal Muslim condemnation” of jihadists.

The idea that @RichardDawkins should apologise for the #ChapelHillShooting is utterly absurd. Individuals and ideologies are not the same.

Update 12:10pm CT, Feb. 11: This report has been updated for clarity and to provide additional attribution.