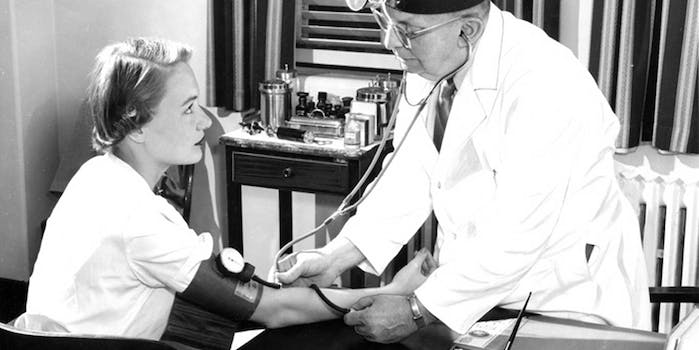 The people who bungled Healthcare.gov had a hilariously long history of screwing things up

So why the heck did we hire them?

The glitchy rollout of Healthcare.gov two and a half months ago seemed to catch many government officials and policymakers off guard. Perhaps they shouldn’t have been so surprised.

The Washington Post reports that many of the executives at CGI Federal, the chief contractor behind Healthcare.gov, have long histories of producing problem-riddled government Web services. But federal officials gave low priority to this shoddy track record before awarding the company a $93 million contract to build the federal health insurance exchange two years ago.

CGI Federal had a good enough name in 2007 to be included as part of a pool of pre-screened contractors invited to bid on future government projects for the Centers for Medicare & Medicaid Services (CMS). But a closer look at the company’s history shows that several of the CGI Federal’s predecessor and subsidiary parts bungled past government IT contracts.

CGI Federal was created in 2004 when CGI Group acquired AMS, a firm with a number of prominent black marks on their performance record and one whose employees and executives populate CGI Federal today.

AMS is blamed for a number of high profile IT blunders, the Post reports, including “a Philadelphia school computer system that sent paychecks to dead people and a Mississippi tax system so dysfunctional that a jury awarded a $474 million verdict against the firm.” AMS had trouble with federal projects in a least 12 different states.

AMS’s most highly publicized failure was an automated retirement benefits system covering millions of federal employees. AMS was released from the project in 2001 by the Federal Retirement Thrift Investment Board. AMS was kicked off the project after going $60 million over budget and failing to deliver a functional program.

This history should have presented major warning signs before CGI Federal was given the opportunity to build Healthcare.gov—the centerpiece of the Affordable Care Act—say CMS officials.

“Should CMS have recognized that OK, here’s CGI Federal. It’s a new company, but, oh, my God, it looks a lot like the AMS from yesterday’?” said a former CMS officials speaking anonymously to the Washington Post. “Yes. I would consider that dropping the ball.”

Despite this long history of failure, a CMS document shows that a review of CGI Federal concluded there was “no evidence of performance risk.” The company was included among 16 government contractors awarded an umbrella contract by CMS in 2007 which offered the potential to bid on up to $4 billion in future work.

At the time this umbrella contract was awarded, CGI and its predecessor companies’ histories should have been reviewed. Federal law requires that previous work be considered for all federal contracts above $150,000 (with a few exceptions). This includes looking at “predecessor companies,” which AMS certainly qualifies as.

After clearing this hurdle, CGI’s past performance was not a primary area of concern when CMS was choosing from the umbrella contract recipients in 2011 to decide who would build Healthcare.gov. A document acquired by the Post shows that the CMS Office of Acquisition and Grants Management focused on companies’ proposals and not their histories. In fact, past performance was listed as the second least important factor on a list of seven evaluation criteria. Their review also only looked at work after the 2007 umbrella contract was awarded. Even so, there have been several poorly executed CGI Federal projects since 2007 that should have alerted CMS officials, including “system failures on a state computer system in Hawaii.”

All this goes to further the narrative of Healthcare.gov being a rushed product that was poorly planned and mismanaged. Shortly after Healthcare.gov began experiencing technical failures at launch back in October, the New York Times reported that the site had been rushed due to political pressure. Despite being awarded the contract in late 2011, the site didn’t start being built until earlier this year. The administration was reportedly hesitant to issue specific directive’s for the site until after last year’s presidential election in order to avoid arming GOP opponents with political ammunition.

Many of the federal insurance exchange’s glitches have been blamed on a last minute decision to require users to create accounts before shopping for health insurance plans. This decision was made just weeks before the site went live.

CGI is still at work on the project and the site has been significantly improved since October. At the beginning of the month, President Barack Obama proudly declared that the site was working roughly 90 percent of the time. Still, enrollment continues to lag far behind administration goals and there are reports of continued backend problems that have caused some to not get the coverage for which they’ve signed up.