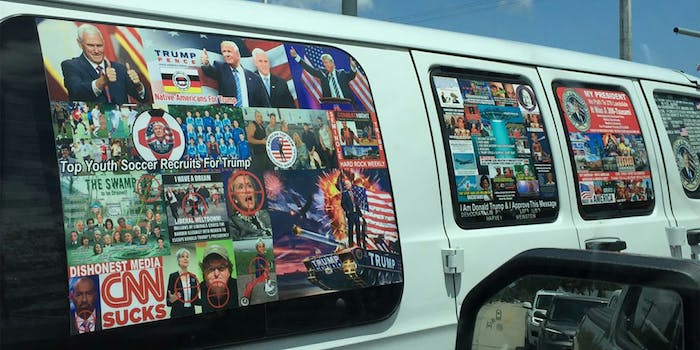 Cesar Sayoc was sentenced to 20 years in prison.

Cesar Sayoc, the Florida man who sent pipe bombs to prominent members of the Democratic party and media organizations, was sentenced to 20 years in prison Monday after he pled guilty to charges against him.

In the fall of 2018, Sayoc sent 16 pipe bombs, which were unearthed over the course of several days, and frightened the nation in the run-up to the 2018 midterms.

The story began in late October with the interception of pipe bombs that were addressed to former President Barack Obama, Hillary Clinton, and CNN. The packages, headed to figures on the left and vilified by President Donald Trump, earned Sayoc the moniker “MAGAbomber” before he was identified.

After a nationwide search and as more bombs were being uncovered, authorities tracked down Sayoc, who was driving around Florida in a van adorned with stickers and Trump paraphernalia.

Sayoc was arrested on Oct. 26, four days after news of the bombs first broke. At his sentencing, Sayoc apologized for his behavior.

“I am beyond so very sorry for what I did,” Sayoc told the court. “Now that I am a sober man, I know that I was a sick man. I should have listened to my mother, the love of my life.”

Sayoc’s lawyers argued that their client was delusional, blinded by his support for Trump and because his steroid use prevented him from being in the proper mindset to understand his actions.