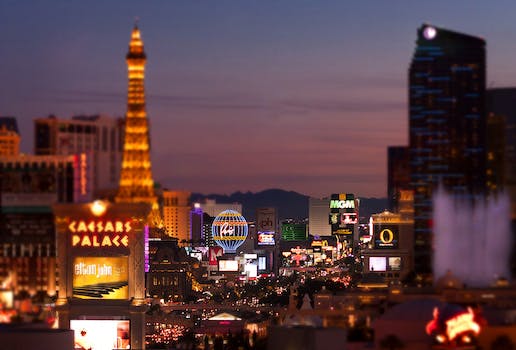 We could have done this the normal way. You know, panning out dramatically for a sweeping, lifeless overview of the vendor lineup. Or perhaps taking inventory of the year with an assortment of too-sure blusterings about “what’s hot” (the show floor, teeming with 160,000 Tech Dudes collectively sweating out their cheap cologne) or “where the industry is going” (Las Vegas—zing!).

For all its glitz and blissful, myopic opulence, the annual Consumer Electronics Show truly revolves around something else altogether: the industry’s secret shame—and its steadfast beating heart.

Yes, I am talking about email. In fact, yesterday alone, I received 56 CES pitches! What a nice, even number, 56. Things slowed down considerably the following morning—I’ve only been pitched 13 times since I woke up! 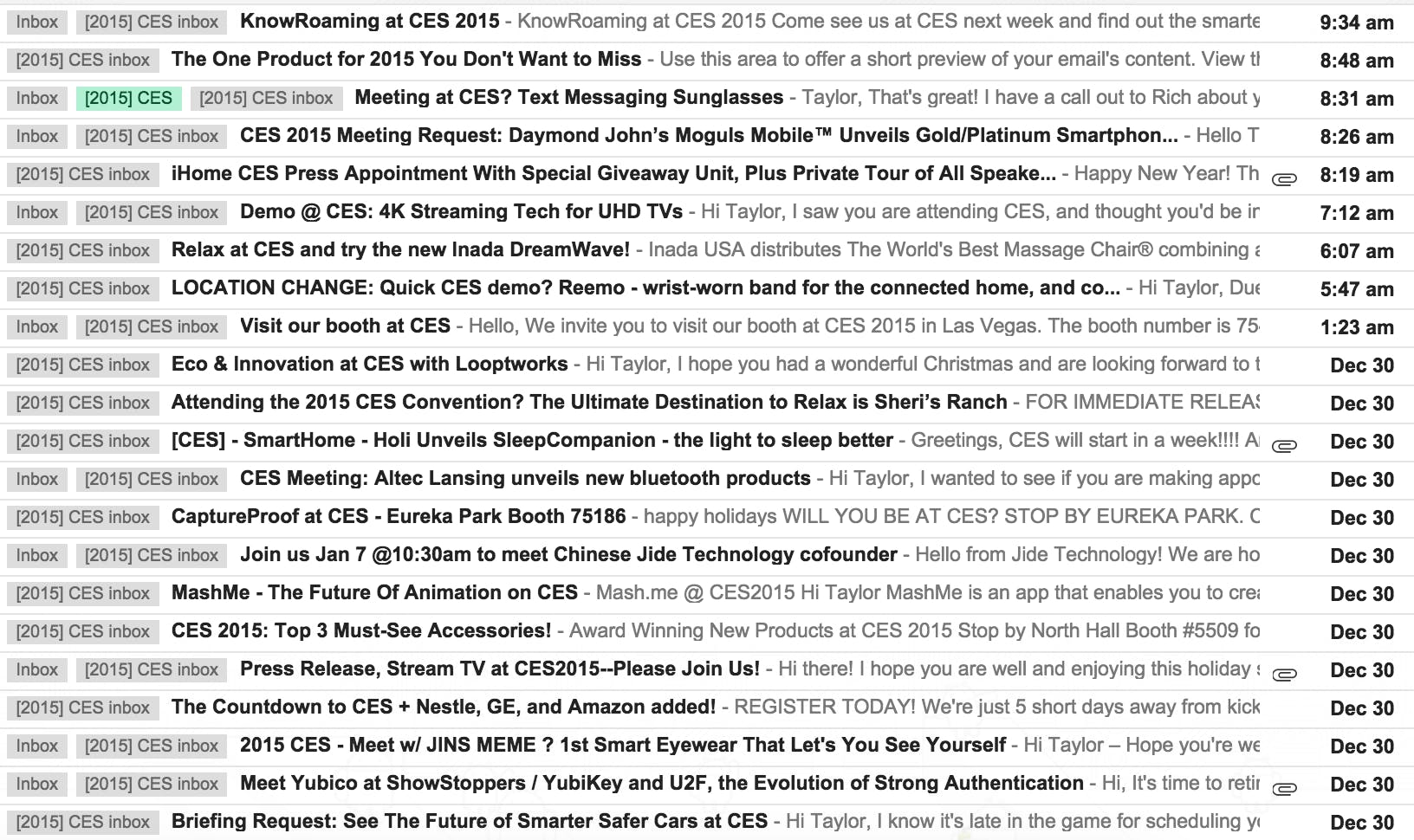 As not-an-insider, you might not know that CES actually kicked off on August 27, 2014—the date of my very first forward-looking CES email of the year.

This officially marks the beginning of what is known as “pre-CES,” a four month long ripening, in which the CES attendee’s inbox grows turgid with dread, muffling most if not all Actual Excitement Feelings under a malignant mass of irrelevance.

What’s going to be HOT/COOL/MIND-BLOWING at CES this year? Stuffed as it is with proclamations stamped with those three telltale letters, surely my inbox must know. 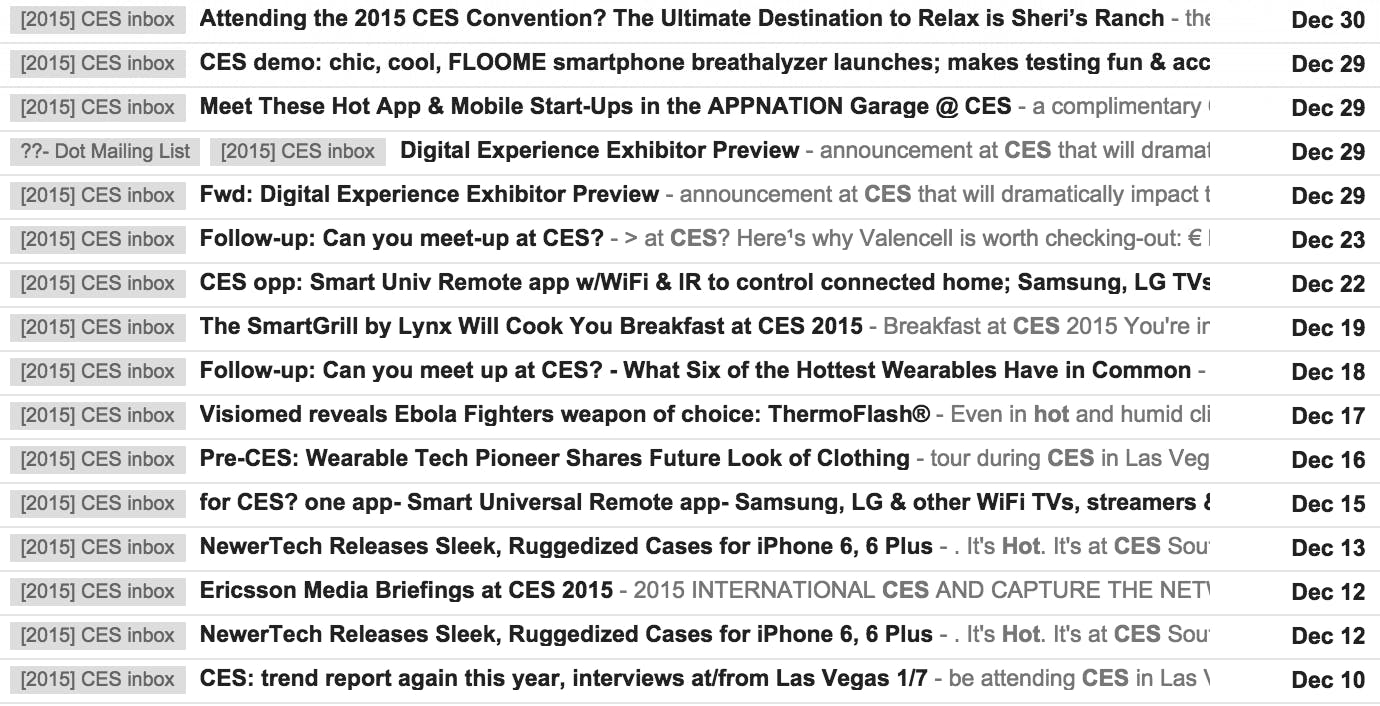 If the 615 pitches in my main Gmail account containing the search term “CES” are to be believed, CES will be really hot at CES this year. Remarkably, only 24 of the hot CES things are they themselves “hot” according to search taxonomy, so look out for exactly 24 things at CES that are hot and worth caring about.

Out of my 615 CES pitches, 149 are promoting something “smart.” Obviously, 2015 will be the year of things that are smart. We can assume this includes but is not limited to smart homes, smart cars, smart stuff you can wear, smart TVs, smart stuff your smart stuff can wear, and so forth.

A wholly or not at all remarkable 45 of the 615 CES pitches pertained to “cars” so 2015 will truly be the year of the car. Are those cars smart? Perhaps they have HUDs installed that display other Hot CES Trends that are not cars on the dash? Perhaps I will need “cars” to get to the other hot thing at CES and those pitches weren’t about cars at all, but something bigger, perhaps bigger than both of us. Truly, we cannot imagine.

Out of 615, 58 pitches were about TVs. Smart TVs are a thing we already have, so what wonders will TVs hold this year? How many Ks can one TV hold? 8Ks? 16? Because we are using math and numbers, we imagine that CES 2015 will reveal the xK TV, wherein x is a multiple of the K’s that have come before.

5. VR: It stands for Virtual Reality!

Only 11 of my 615 CES 2015 pitches are for VR, so I’m going to go ahead and declare this one the dark horse of CES 2015. VR will thrive at CES 2015 as conference attendees do anything within their power to escape the dull roar of the Las Vegas Convention Center. Perhaps we will even be Wowed by VR at CES that depicts the experience of wearing VR at CES—what an elegant critique that would be!

But of course, as previously mentioned, if my inbox is to be believed CES will be the biggest part of CES. As always.

Photo by jasondepalma/Flickr (CC BY 2.0)