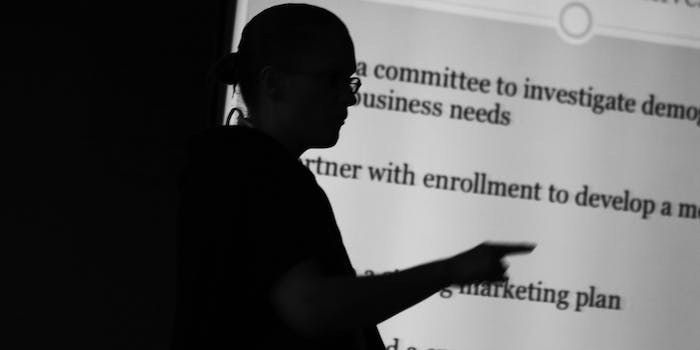 Also threatens to move to Canada should Hillary Clinton win the White House.

Cheryl Rios, CEO of Dallas marketing and public relations firm, Go Ape Marketing, has come under fire this week after posting to Facebook that “a female shouldn’t be president.” Rios believes women are unfit for the White House because of “hormones.”

I'm about to interview the Mansfield businesswoman who posted this on-line: "A female shouldn't be President". pic.twitter.com/hWXlwolNqo

Not only did she publicly share this antiquated notion but she also said she would move to Canada if Hillary Clinton is elected president (a common empty threat Americans hear every four years). Rios has received backlash and elaborated via Twitter:

“I am old fashioned, I am Christian and believe what I have said. I didn’t say that women should be abused, or that they are stupid or can’t be lawyers, doctors or run successful businesses.”

A client of Rios’, Rick Fairless, is among those who were shocked by her statements.

“I cant’t comprehend someone who thinks a woman can’t do anything a man can do. The can. I promise you they can,” Fairless said.