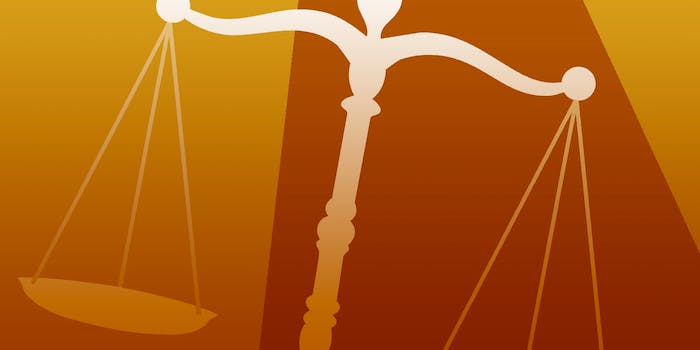 'The safety and security of our members is our top priority.'

Women’s health organizations are fighting back against anti-abortion activists whom they say are terrorizing healthcare providers.

The anti-abortion front group Center for Medical Progress (CMP) shocked many on July 14 when it released an undercover video of a Planned Parenthood director supposedly “selling the body parts of unborn children,” as conservative critics described it.

Actually, Planned Parenthood‘s senior medical director, Dr. Deborah Nucatola, was describing the process by which the organization uses a federally approved system of donating fetal tissue to medical research scientists. In return for fetal tissue donation, medical clinics and doctors sometimes receive small fees that reimburse them for the costs of transporting medical materials. The official in the video thought she was meeting with one such research organization, Biomax, that has since been revealed as fake.

“That security has been compromised by the illegal activities of a group with ties to those who believe it is justifiable to murder abortion providers.”

The video was edited to make it seem as if Planned Parenthood is getting wildly rich off fetus parts—a joke about a Lamborghini was taken out of context and made to look like a serious comment about buying a luxury car. As a result, public outcry has been directed at Planned Parenthood, other medical providers, and abortion rights groups across the country for the past two weeks.

On Friday, one of those groups said they’d had enough of being terrorized and filed for a restraining order and preliminary injunction against the Center for Medical Progress in a California federal court. The National Abortion Federation (NAF) said that the sham “medical” center planned to release surreptitiously-shot videos of its annual meetings, revealing the identities of hundreds of abortion providers whom the organization already struggles to protect from constant harassment and threats.

“The safety and security of our members is our top priority,” said Vicki Saporta, NAF President, in a statement on Friday. “That security has been compromised by the illegal activities of a group with ties to those who believe it is justifiable to murder abortion providers. CMP went to great lengths to infiltrate our meetings as part of a campaign to intimidate and attack abortion providers.”

According to the lawsuit, the NAF’s annual meeting draws about 800 surgeons and other abortion providers each year. Because many of those doctors are high-profile targets of stalking and death threats, NAF hires security forces and off-duty police officers to patrol its meetings. The process for gaining entry is arduous, and recordings are explicitly banned to protect the identities of those attending.

Using the same faux-research front, Biomax, the CMP gained access to (and secretly filmed) a 2014 NAF meeting in San Francisco. According to the lawsuit, the fake researchers used the same names as they had with Planned Parenthood: Susan Tennenbaum, Brianna Allen, Rebecca Wagner, Adrian Lopez, and Robert Sarkis (aka David Daleiden).

An RH Reality Check investigation revealed on Tuesday that some of the fake identities used by Biomax may have been stolen from people the anti-abortion activists went to high school with. The RH Reality Check report also alleges that CMP members may have even committed credit card fraud using the stolen identity of the real Brianna Allen.

The real Allen was President of the Davis Senior High School feminist club in California when CMP leader David Daleiden was also a student there, and she was baffled at the thought that Daleiden may have gone as far as identity theft and credit card fraud using her own name.

“Even in high school I knew he was adamantly against it [abortion]. He was very outspoken about being Catholic and more conservative. And we were very open about being liberal and pro-choice,” Allen told RH Reality Check. “Last night I just thought, ‘Oh God, what if that’s why he chose my name?’ But I kind of wrote it off as, ‘No, that’s ridiculous.’”

The Daily Dot reached out to both the Secret Service and the Federal Bureau of Investigation to try to confirm whether there was an investigation into the identity theft allegations, but was told only that it would be looked into.

So far, CMP has released four secret recordings of Planned Parenthood meetings—but in one of those tapes, mentions twelve different members of the National Abortion Federation by name. In the first tape, Daleiden frequently mentions a similar meeting he had with NAF’s medical director, Matthew Reeves. NAF is now concerned, according to the lawsuit, that Reeves will be one of the next targets in the ongoing stream of undercover videos being posted online.

“We can expect similar threats against providers whose names and identities are revealed in future videos and releases from CMP,” said Saporta in her statement to the press Friday. “That is why it is so important for us to get a temporary restraining order.”

Since CMP began releasing the videos, congressional Republicans have been fighting to have the medical nonprofit—which primarily does testing and other health services for women, with its abortion services only making up 3 percent—defunded.

With the White House telling Congress to back off Planned Parenthood, Congress is now threatening a shutdown over the funding issue.