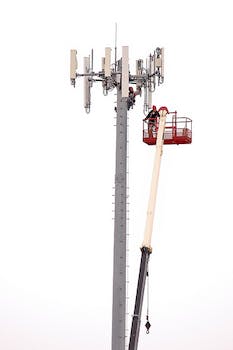 Yes, the government has a kill switch for cell service

A request to shut down service by a state’s homeland security advisor must go through the National Coordinating Center for Telecommunications.

In the wake of the Boston Marathon explosions, reports surfaced yesterday that authorities had shut down cellular telephone service in Boston to prevent any remaining bombs from being remotely detonated.

The report turned out to be inaccurate. But, as our friends at Buzzfeed have pointed out, it is possible for the authorities to do such a thing, and they have.

In the wake of 2005’s 7/7 bombings of London transit, the U.S. federal government had the New York and New Jersey Port Authority shut down cell service to all the Holland and Lincoln tunnels that connect with Manhattan for two weeks and instructed the Manhattan Transportation Authority to shut off those in the Brooklyn-Battery and Midtown-Queens tunnels.

The action was not a success. As some pointed out at the time, it was the alarm clock function on the cell phones that triggered some of the London bombs, not a call signal. The alarms function without connectivity.

According to 303, a request to shut down service by a state’s homeland security advisor must go through the National Coordinating Center for Telecommunications (NCC). If approved, the NCC can elect to shut off service in a metro area, or in a segment or feature of a city, like a bridge.

Although cellular carriers support 303, many object to it, believing it to be counter to the First Amendment protecting free speech, citing a transit authority’s actions as an example of how the procedure can be misused.

In August 2011,  Bay Area Rapid Transit (BART) authorities succeeded in getting cellular service to its San Francisco stations shut down in an apparent attempt to stifle protest over BART police’s fatal shooting of Charles Blair Hill, a homeless man.