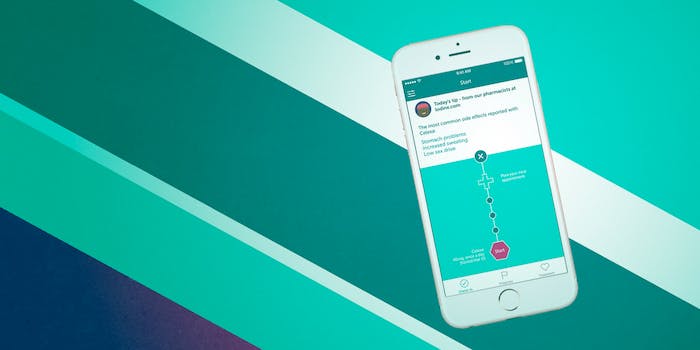 Apple is doubling down on healthcare with CareKit, a framework for app developers building software that lets patients better manage their health.

Unlike ResearchKit, the platform for scientists and clinicians conducting research through Apple devices, CareKit is designed for individuals to collect and share data surrounding care.

Start, a mental health app for people with depression, is among the first apps launching with CareKit. Thomas Goetz, cofounder of Start developer Iodine, says that CareKit will make it easier for patients to track their progress with antidepressants and share that data with their doctors.

Apple’s new open-source framework contains four different modules: Care Card, for documenting medication or physical therapy; Symptom and Measurement tracker for monitoring pain, fatigue, infection, or other issues; Insight Dashboard that displays how well treatments are working; and Connect, a module to simplify sharing data with family and practitioners. CareKit won’t be available until next month, but Start is the first mental health partner, and will be rolling out a CareKit-enabled app when the platform is released.

Depression is the most common mental illness in the U.S., affecting more than 26 percent of adults, the CDC reports. And yet, the inherent trial and error of prescribing medications or remedies that actually work is a big problem for providers, patients, and insurance companies. With Start, patients can track their medication, side-effects, and emotions in real-time to better understand how their medication is working and determine, along with their physician, whether or not to continue the course of treatment.

Launched six months ago, Start is already providing a comprehensive tool to manage day-to-day health. To get started with the app, users first take a survey called the PHQ-9, a clinically-validated mental health questionnaire used to screen, measure, and diagnose the severity of depression. Patients receive a depression score and then check-in periodically in the app to share their progress and whether or not they feel better. Another PHQ-9 is administered every couple weeks, and patients receive a report that provides insight on their progress. 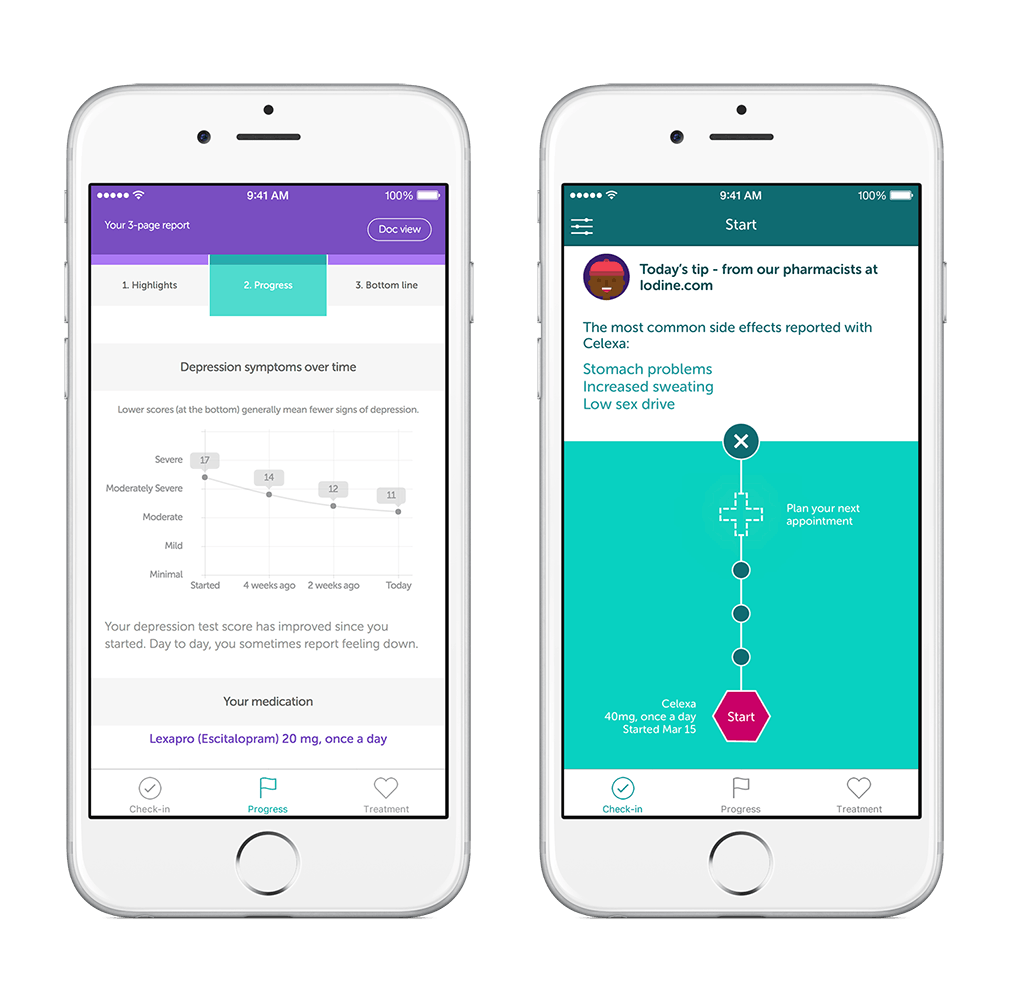 CareKit will provide a new architecture for collecting and sharing this data with doctors.

“The net result is really rich data that can help a lot of people understand that they’re getting better and cut through the fog of depression and not knowing if the medication is working or not. What we’ve found is it’s something that people want to share with their doctors and doctors want to get,” Goetz said in an interview with the Daily Dot. “That’s some of the stuff that CareKit is allowing us to do; making that handoff of the information even easier and more effective.”

With the CareKit framework in Start, patients are given an intuitive interface that enables them to send data to their practitioner, though the doctor must be willing to accept it. Goetz said that the company is working on making sure the data is collected, not just as an email, but connected to electronic health records automatically.

“You only want to give people information when they can act on it and when there is meaning to it.”

Doctors who are Start customers have a dashboard with patient insights, and though the app is free for patients, clinical environments will have a premium version of the app to track and store data.

Like fitness apps that identify patterns in exercise or wellness through user data, Start also uses anonymized data to track patterns in mental health and predict what treatments will be successful or not.

With thousands of people sharing data with Start, that process is already ongoing. For instance, people who report headaches when they begin a treatment have a lower chance of having a successful treatment after six weeks, Goetz said.

With CareKit, Apple is embedding itself even deeper into our personal lives, collecting and storing data about our most basic and private issues. The kind of private information you will only share knowing it’s safe and encrypted, and CareKit is yet another argument illustrating why privacy and encryption on our devices is so fundamental.

No longer are smartphones simply scrapbooks and messaging facilitators, but they safeguard information that could literally mean life or death. In the ongoing encryption debate, and requests for backdoors that would let the government and potentially hackers into our devices, the vital personal data contained within our health apps adds another layer of complexity that absolutely must be accounted for.

Ultimately, Apple’s latest healthcare framework is something of a middle ground between ResearchKit and HealthKit, used for building fitness and wellness apps. CareKit apps track data, while also giving patients tools and resources to better understand and share their health and wellness.

“One of the things that CareKit is doing is creating a way of organizing self-reported information into meaningful units,” Goetz said. “You only want to give people information when they can act on it and when there is meaning to it.”

Photo via Wikipedia (CC by 3.0) | Remix by Max Fleishman