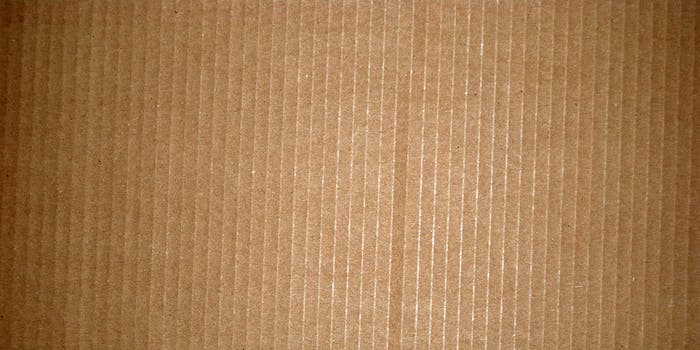 The ultimate private viewing experience in the comfort of your own bed.

There’s definitely something to be said for low-tech solutions to high-tech problems. A new trend in Japan is the perfect example of that, and it’s called the cardboard theater.

It’s an insanely simple concept: Take a cardboard box of considerable size, cut out a slot for your phone or tablet, as well as a gap for your neck or torso, and then lay back and enjoy a DIY movie house experience.

It’s an appealing mix of a private, dark venue to watch your flick, and the comfort of kicking back on your bed and letting your gadget go hands-free. Not to mention the fact that it’s a fun little hands-on project that doesn’t cost you anything more than a chunk of cardboard.

The only issue I can see with such a setup is that the speaker ports of many of these devices reside on the bottom, and if that slot is obscured by cardboard, it could lead to some muddy audio. However, many cardboard theater creators have taken to wearing earphones for the ultimate private viewing experience, remedying that problem.