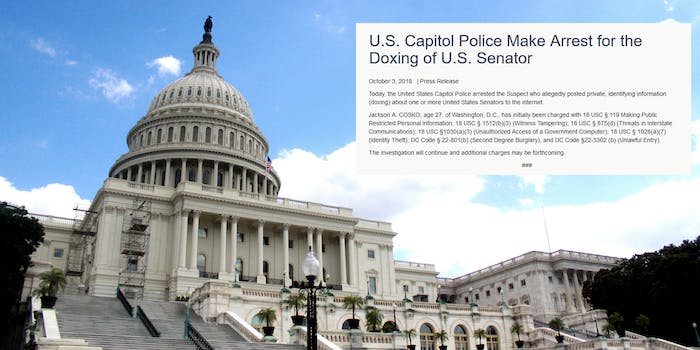 Authorities added that the investigation is continuing and more charges may be brought against Cosko.

The personal information was posted after the senators questioned Dr. Christine Blasey Ford, who alleges that Supreme Court nominee Brett Kavanaugh sexually assaulted her when the two of them were in high school.