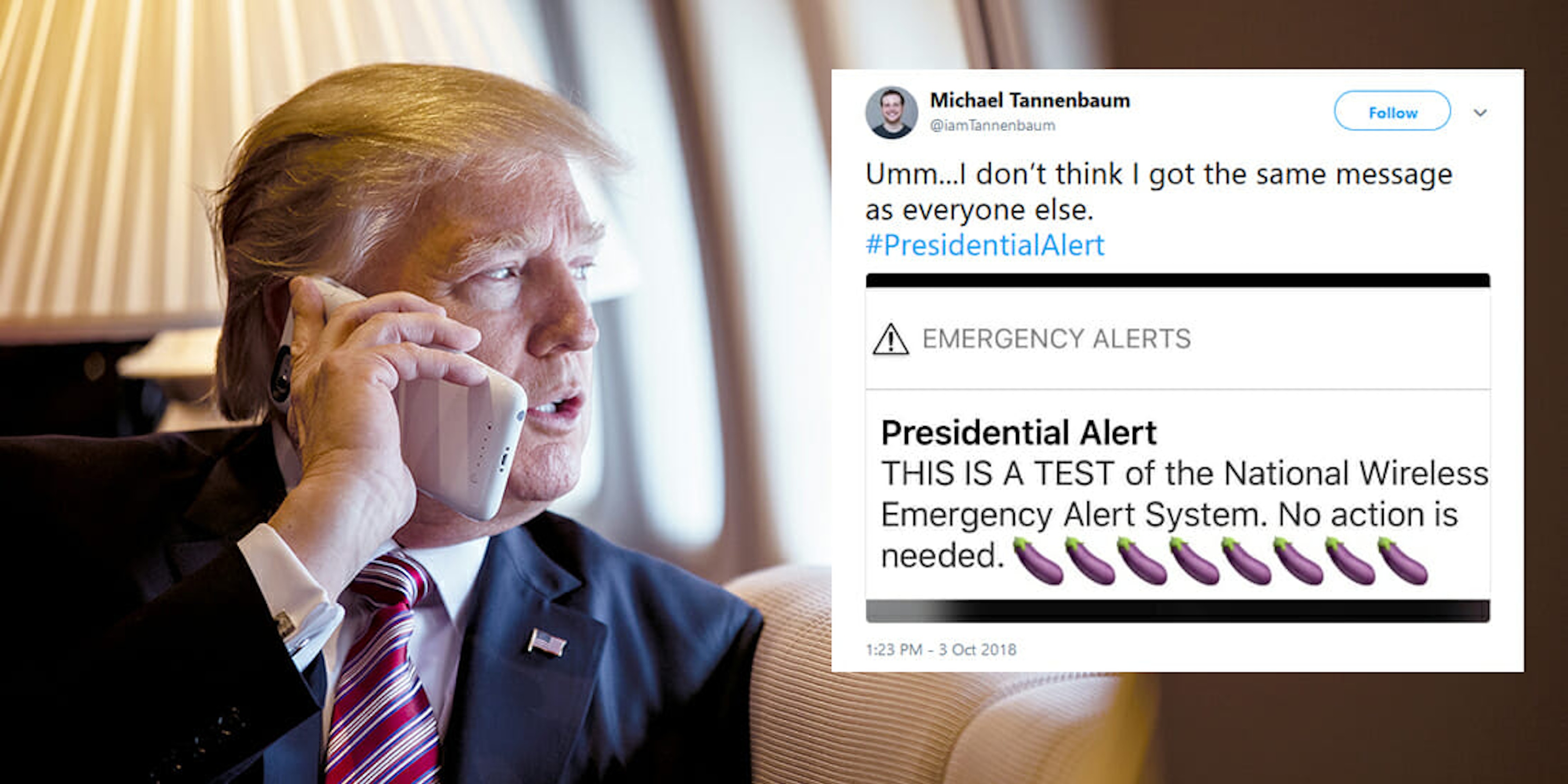 The jokes came as quickly as the message did.

It finally happened–the “presidential alert” was sent to people’s cellphones, and of course, everyone began riffing on it.

The message, which read: “Presidential alert. THIS IS A TEST of the National Wireless Emergency Alert System. No action is needed,” was sent around 1:18pm CT on Wednesday. The Federal Emergency Management Agency’s (FEMA) Integrated Public Alert and Warning System was responsible for sending out the test.

The test was pretty mundane, but that didn’t stop people from reacting to the sudden burst of noise (or vibration) and a message from the government popping up on their phones.

Many people online were just not here for getting a presidential alert on their phone.

No he would never abuse that alert thing, no way

Anyone else just have their phone buzz and display the words NO COLLUSION?

Others decided the best course of action was to replace the message with another message… or respond to it.

i feel i got a different text than everyone pic.twitter.com/38XOTbI65v

Umm…I don’t think I got the same message as everyone else.#PresidentialAlert pic.twitter.com/Kps1EKVq0E

anyone else get this one? pic.twitter.com/TknOT9zQYG

Did everyone get this? pic.twitter.com/UurRByPc8l