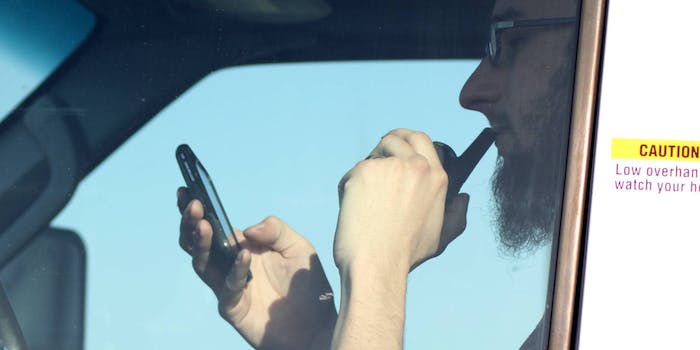 Put away your phone or the Mounties will snap you.

Distracted driving is a massive problem. According to a 2009 study by the National Highway Traffic Safety Administration 3,331 people were killed and over 387,000 injured that year due to distracted driving. In the time since we’ve only become more connected, but Canadian police have a new solution to help their fight against distracted driving; a super-telephoto camera that will allow them to photograph you from over a kilometer away. 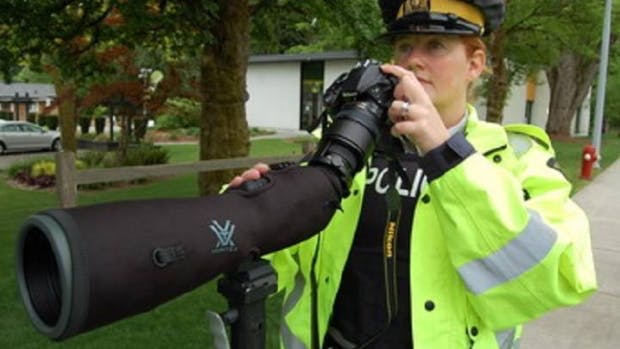 The police camera is a DSLR with a 50mm lens, and a spotting scope. According to CBC News, the 24.2-megapixel photos are admissible in court as long as they show the driver is clearly distracted. The lens can capture clear photos up to three-quarters of a mile away.

So, no more reading while driving in Canada, no more putting make up behind the wheel, and, most of all, no more texting unless you want to risk a ticket and a photo.

There’s just one hitch that may make the program less successful: Police say they will only be using the cameras at intersections rather than on the roads for safety reasons. This leaves a lot of open space to drive while distracted, but from a privacy standpoint it’s nice to know Canadian police won’t be peering into your car all time time.