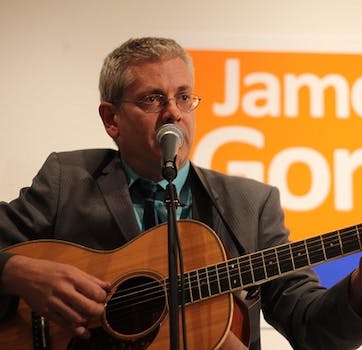 After insults, the 140-character version of hate mail, rampant slacktivism, and personal revelations, MP Charlie Angus has had enough.

While some in England are being arrested for ugly tweets, a member of parliament on the other side of the pond has quit Twitter, largely as a result of similar nasty tweets.

Charlie Angus, Member of Parliament for Timmins-James Bay in Ontario, has decided to stop tweeting. Though a fan of social media, he compared being on Twitter to “being badgered by a drunk on a 24-hour bus ride.”

The New Democratic Party MP has several reasons for leaving Twitter, including receiving tweets he compared to hate mail.

Last year, Angus wrote about a housing crisis in the Attawapiskat First Nation community. Reactions to that article led to Angus discovering the darker side of Twitter. One person said she hoped the people of Attawapiskat would “freeze to death.” Meanwhile, a man told Angus to “eat shit” in a Christmas Eve tweet.

Angus’s attitude towards Twitter further shifted when General Electric tweeted concern about the conditions in Attawapiskat. After his staff got it touch with GE, the company was confused as to why Angus expected them to get involved.

Angus, explaining his decision to leave Twitter, accused GE of “the same level of slacktivism as somebody sitting on a couch with a smart phone and a couple of bottles of beer.”

Angus is also concerned by the potential the medium seems to have real-world harm. In an interview with the Globe and Mail, Angus discussed events in February when Anonymous tweeted details about Canada Public Safety Minister Vic Toews’s divorce in response to online surveillance legislation.

“You realize how easy it is to actually destroy someone if you wanted to,” Mr. Angus said. “Vic Toews and I do not get along but I think we’re starting to move into some very disturbing territory.”

Meanwhile, a journalist quoted a tweet by Angus in sincerity when it was intended as a joke. After being on Twitter for around 18 months, Angus observed that he found just five percent of tweets as worthwhile.

Though Angus is stepping away from Twitter, he believes he will still be very much accessible for those who want to contact him. In fact, he says he speaks with many of his constituents on Facebook.

The last tweet Angus received before quitting Twitter read, “I hate you asshole – and you sing terribly.” It’s little surprise that he doesn’t want to deal with those kinds of comments anymore.