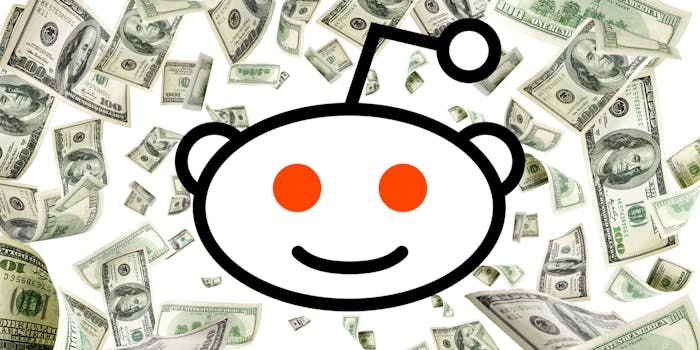 How 2020-centric subreddits are fundraising millions

Campaigns enjoy the benefits, but want to stay at arm's length.

“[Everyone] thought this campaign was done because Andrew wasn’t going to be on that stage,” wrote one redditor in response to Andrew Yang’s rising poll numbers on Jan. 16, after Yang failed to qualify for the Jan. 14 Democratic debate. “That usually means the end of a normal candidates [sic] campaign, but Yang isn’t a normal candidate.”

In the lead-up to the last debate, many candidates who hadn’t qualified dropped out, but the entrepreneur did not. And it’s in part because of the massive support he receives from the dedicated redditors of r/YangForPresidentHQ.

The official “Reddit for Andrew Yang” campaign, which uses ActBlue as its fundraising platform, aims to reach $50,000 in contributions by the end of the first quarter of 2020, which is 2.5% of Yang’s $2 million Q1 fundraising goal.

But he’s not the only one pushing for money on the site.

Sen. Bernie Sanders’ (I-Vt.) campaign is powered by r/SandersforPresident, and it has raised almost $1,500,000 from more than 50,000 redditors for his campaign, an outpouring of funding—$100,000 of it came in over the course of just one week. 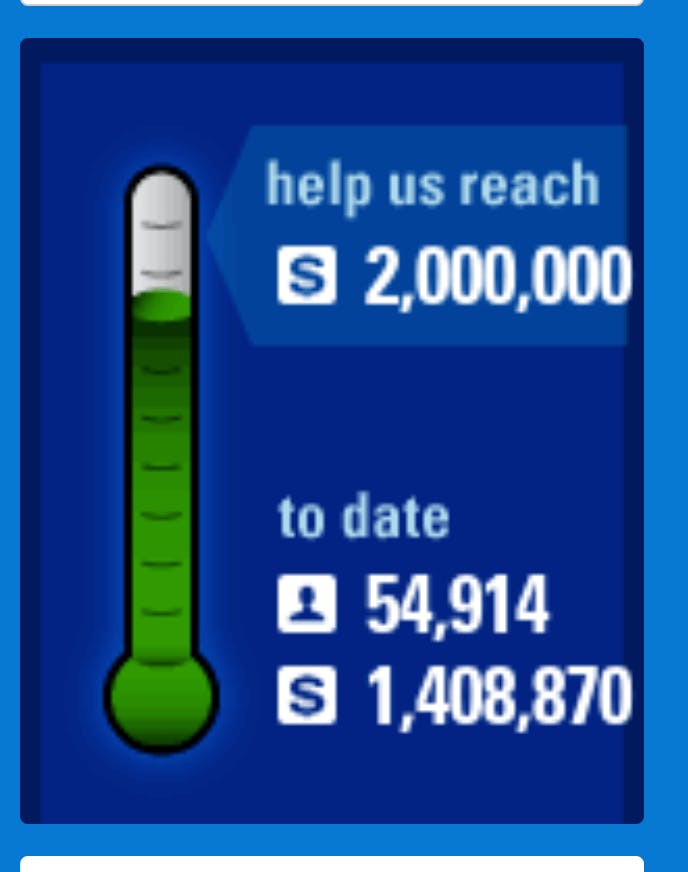 For candidates who consider themselves political establishment outsiders, these kinds of fundraising pushes are crucial. As of this writing, only the Sanders and Yang subreddits actively hold fundraising pushes with deadlines; r/ElizabethWarren and r/Pete_Buttigieg host contribution links in their sidebars but no front page posts promote them.

But a turbocharged Reddit presence doesn’t come without some concerns.

As such, Reddit is perfect for grassroots candidates who consider themselves to be outside of mainstream politics to build a strong sense of community.

Yang supporters recently argued that CNN purposely excluded Yang from campaign coverage, and Sanders supporters have long felt similarly about their own candidate. When voters perceive that their candidate is shut out of the conversation, the only way to push back is through this kind of word of mouth.

The political moves of these subreddits have significant impact. When r/SandersForPresident announced it was removing all content from CNN from the page, more than 33,000 people upvoted the post.

These subreddits, which revolve around the various candidates, thrive because they provide a venue for voters who feel disillusioned by politics to find like-minded individuals.

In 2016, Bernie Sanders made history as the first high-profile Democratic to refuse to use a super PAC as part of his presidential campaign. After Citizens United, super PACs were used by most candidates to raise unlimited amounts of money and get around campaign finance restrictions—though they were technically not permitted to coordinate with those candidates. Sanders’ campaign focused instead on individual donations, setting off what has now become a sort of purity test for progressives: getting the most small-dollar donations is just as valuable as, if not moreso than, the endorsements of big donors and corporations.

This emphasis on low-dollar donations became part of a strategy now known as “grassroots funding,” though the word does not have a formal definition in the world of campaign finance.

It evokes an image of individual people who take collective action together, and there’s possibly no place online more synonymous with group decision-making than Reddit, the site behind controversies like the Boston bomber manhunt.

Its topically-organized structure makes it an easy tool for like-minded people to get together and share ideas, which can be a boon for candidates like Sanders and Yang who have young, tech-savvy bases.

It can also help their associates. Scrolling through r/SandersForPresident, a typical user would also see posts pertaining to Rep Alexandria Ocasio-Cortez (D-N.Y.), Rep. Tulsi Gabbard (D-Hawaii), or even a lesser-known figure like Rep. Ro Khanna (D-Calif.).

Khanna, who was elected to the House of Representatives in 2016 after serving as the Sanders campaign’s national co-chair, hosted an AMA on r/SandersForPresident.

Shortly before Ocasio-Cortez won a seat in the House of Representatives, r/SandersForPresident hosted a push to donate enough money to her campaign to purchase a voter file. Ocasio-Cortez even interacted with the posters, reminding them to register for the primaries. Her immediate responses to questions about her candidacy elicited a floored response from one user who marveled at the access she grants her constituents: “To me, the immediacy and certainty of your response already puts you miles ahead of our political absentee landlord types.”

Of all the Democratic candidates, Sanders and Yang have the most active subreddits: r/SandersForPresident and r/YangForPresidentHQ, with 387,000 and 104,000 members, respectively. Warren and Buttigieg also have subreddits that get a decent amount of traction.

The other Democratic candidates, however, don’t have significant Reddit presences: Bloomberg’s subreddit is a private group, and Klobuchar doesn’t seem to have one dedicated subreddit catering to her presidential bid.

It’s worth noting that r/The_Donald, the subreddit managed by Donald Trump’s fans and followers, is currently “quarantined” despite being active, meaning the site has restricted access to the page due to issues with rule violations. r/The_Donald, which houses 786,000 users, promotes no coordinated fundraising or volunteering efforts at all.

A newer subreddit geared towards 2020 re-election, r/Trump, contains 28,000 users and does seem to hold promotions like meme contests, but there has not been a post about donating to the campaign in about four months.

In the Sanders subreddit, a typical reader can look at a leaderboard that lists top donors (including several with contributions of over $500). Donating through the subreddit’s links can even unlock flair—one of the big selling points of a current fundraising push known as the “Sanders Surge.” Another push from last year gives users a “workhorse” flair if they make 27 phone calls for the senator. The Buttigieg subreddit awards even flair to congratulate monthly contributors, which makes posts more visible on the front page.

Subreddits have also been a great platform for recruiting more campaign volunteers. A Google search for “Andrew Yang volunteer” lists the subreddit 5th in results, and volunteer information threads are full of enthusiastic supporters ready to phone bank for Yang and meet subreddit goals like calling 800,000 voters per week.

In many ways, it’s easier to figure out how to volunteer for the campaign by looking through the subreddit than by going to the candidate’s official site. In 2020, the most coveted political tool a campaign can rely on is big data, and the way to collect it is through an army of volunteers.

Neither the Sanders nor Yang campaigns responded to requests for comment regarding how involved the campaigns are in what goes on in their respective subreddits, though Yang’s subreddit does have a moderator whose user tag identifies them as a staffer.

One moderator from r/YangForPresidentHQ specifically said they could not take interviews without the authorization of the Yang campaign’s communications team. Others did not respond to requests for comment. Another moderator from the Sanders campaign provided their real name, and a public LinkedIn profile listed them as a “Volunteer” for the Bernie Sanders campaign, rather than an employee or staffer.

Presumably, all Reddit moderators are treated as Volunteers; an examination of campaign finance records did not list them on any official campaign payroll. Nevertheless, automatic moderator posts frequently remind users that they are still representative of the candidates they support.

“Volunteers can be wild cards,” says Larry Noble, law professor and former Federal Election Commission General Counsel. “The more direction the campaign gives them, the more the campaign could be seen as responsible … That can come with certain legal liability for the campaign.”

He suggests that the campaigns want the benefit of fundraising on the platform without the responsibility for everything else that goes on on Reddit.

As an example, if a moderator on a candidate’s subreddit ran a fundraising push and did something like solicit a foreign national, a campaign can distance itself from the user since they do not work directly for the campaign. Another possibility, says Noble, is that campaigns want to avoid the situation of a moderator getting into a discussion on Reddit and taking a potentially embarrassing position that reflects badly on the campaign. “They want to say ‘people volunteer for us, we’re not responsible for what they’re doing.’”

Indeed, a glance through any candidate’s subreddit reveals posts that reflect a typical community—complaints about unjustified bannings, localized arguments about potentially embarrassing topics, sarcastic retorts. They’re petty controversies, in the grand scheme of posts about debate analysis, polls, and an endless amount of memes.

But many of the moderators on these subreddits have posting histories that go back years, and can reveal a lot of information about the moderators themselves that candidates may not necessarily want to broadcast.

One of the r/YangForPresidentHQ mods mentions in several posts that they are a foreign national. There’s nothing technically wrong with a foreign national doing volunteer work for a candidate. However, the moderator has created posts asking users to make donations to the campaign, which is the type of grey area that an opponent can easily seize and turn into a smear (it’s technically legal for foreign nationals to participate in elections through volunteer efforts).

Having just dealt with an overblown media controversy over whether Yang’s contest to give away $1,000 per month to an Iowan constitutes bribery (it does not), this is the kind of faux controversy that could draw too much negative attention to a fledgling campaign when reduced to a clickbaity headline.