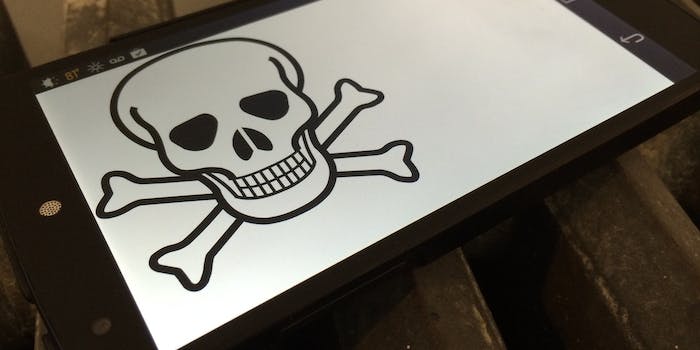 What if the "kill switch" isn't as cuddly as it sounds?

California is now the best place in the U.S. to have your phone stolen.

Governor Jerry Brown signed the so-called “smartphone kill-switch bill” into law on Monday. Under the law, any smartphone manufactured after July 2015 and sold in California must include the option for users to be able to remotely disable their device. The goal, of course, is anti-theft; as Ars Technica noted, it was strongly supported by legislators from California’s larger cities, as well as law enforcement groups.

Of course, there’s a catch—at least if you feel uneasy about a government-mandated “kill switch” on something you carry in your pocket. While the bill gives users the ability to kill their phone if it ends up in a thief’s hands, the legislation includes a loophole that allows, in certain circumstances, the government to go ahead and flip that kill switch for you.

Specifically, the bill reads: “Any request by a government agency to interrupt communications service utilizing a technological solution required by this section is subject to Section 7908 of the Public Utilities Code.”

PUC § 7908 does, according the Electronic Frontier Foundation, provide pretty strict rules against government agencies shutting down individuals’ communications, though in the most fundamental sense, it also “legitimized a legal process for law enforcement to interrupt communications,” and it sunsets in 2020. Other digital rights groups have raised concerns, too: the Center for Democracy & Technology fears the bill could be used to disrupt protests in a given area.

Of course, this bill will probably only affect Californians, right? Technology in that state doesn’t usually spread to the rest of the country, or the world, does it?