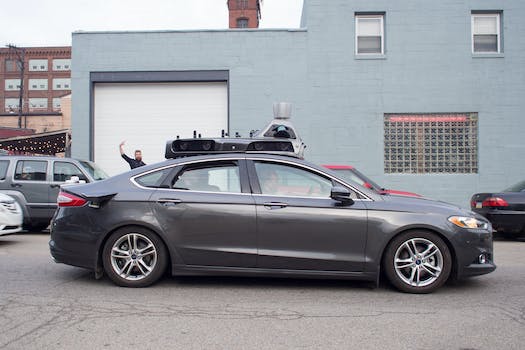 In the battle of Uber versus the California Department of Motor Vehicles, it appears the DMV comes out on top. After numerous warnings from the DMV and threats of litigation, the department forced Uber to remove its self-driving cars from California roadways by revoking the registrations of the company’s testing vehicles.

In a statement the DMV reiterated what the department has said over the last week when this saga began.

“Consistent with the department’s position that Uber’s vehicles are autonomous vehicles, the DMV has taken action to revoke the registration of 16 vehicles owned by Uber. It was determined that the registrations were improperly issued for these vehicles because they were not properly marked as test vehicles. Concurrently, the department invited Uber to seek a permit so their vehicles can operate legally in California.”

In a letter, California DMV Director Jean M. Shiomoto commended Uber for taking the first step by removing all of its “autonomous vehicles from public roadways” in the state. Shiomoto thanked Uber for complying with prior requests. “I appreciate the action that Uber has taken in the interest of public safety. I also understand that Uber is interested in applying for a California autonomous vehicle testing permit. I want to assure you the California Department of Motor Vehicles (DMV) stands ready to work with you collaboratively. I will personally help to ensure an expedited review and approval process.”

Uber’s sudden willingness to apply for testing permits is a surprising turn, as it is in stark contrast with statements that were made by the company’s Vice President of Advanced Technologies Group Anthony Levandowski, who didn’t believe the self-driving vehicles the ride-hailing company had on California roadways met the definition of “autonomous vehicle” as described in California regulation.

In a statement an Uber spokesperson corroborated what the DMV said for the most part—but without explicitly expressing a desire to pursue testing permits. “We have stopped our self-driving pilot in California as the DMV has revoked the registrations for our self-driving cars. We’re now looking at where we can redeploy these cars but remain 100 percent committed to California and will be redoubling our efforts to develop workable statewide rules.”

While Uber says the DMV left it with no choice but to pull the vehicles, the DMV seems to think it was a combination of Uber’s willingness to cooperate and the registrations being revoked that brought this fight to an end.