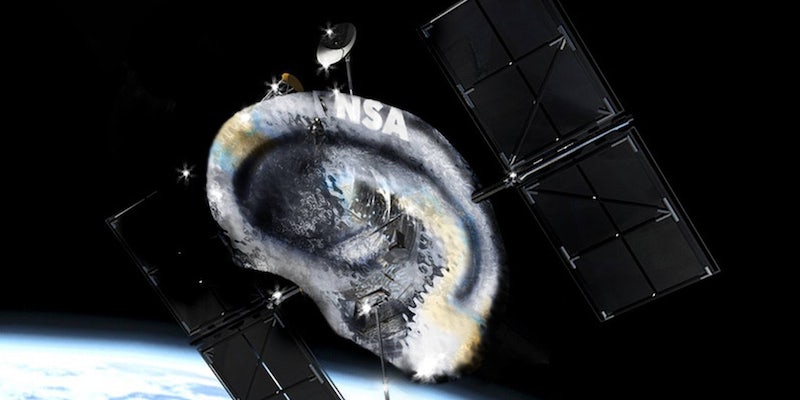 This California bill would chop NSA off at the knees

On Monday, a bipartisan team of California lawmakers introduced legislation aimed at striking back against the National Security Agency’s widespread surveillance of millions of residents.

Authored by State Senators Ted Lieu (D-Torrance) and Joel Anderson (R-San Diego), the would prohibit all state agencies from handing over electronic records to federal agencies that spy on Californians unless a specific warrant for the targeted information has been issued. The ban would also apply to all private corporations doing business with the state.

“The National Security Agency’s massive level of spying and indiscriminate collecting of phone and electronic data on all Americans, including more than 38 million Californians, is a direct threat to our liberty and freedom,” Lieu said in a statement.

“I agree with the NSA that the world is a dangerous place,” Lieu continued, likening the government’s blanket collection of the phone records to the internment of Japanese-Americans during World War II. “That is why our founders enacted the Bill of Rights. They understood the grave dangers of an out-of-control federal government.”

Even if the bill is eventually signed into law, there’s been some speculation it may ultimately be unable to survive a legal challenge.

“I share Senator Lieu’s concerns over NSA surveillance,” Erwin Chemerinsky, the dean of the University of California Irvine’s law school, told the Pasadena Star-News. “But California cannot stop it or interfere with it since it is a federal program. It is no different from a state saying it would not help the federal government carry out an order to desegregate schools. States cannot interfere with or impede the achievement of a federal objective.”

Lieu’s bill, along with a similar one recently introduced in Arizona, are largely modeled off of a legislative template constructed by a government reform group called the Tenth Amendment Center. The Center has also advocated for a bill that would have the state of Utah cut off water service for a massive data center the NSA has built there.

This isn’t the first time civil libertarians Lieu and Anderson have teamed up to fight the NSA. Last year, they co-authored a non-binding resolution urging the U.S. House of Representatives to “end the National Security Agency’s collection of American telephone records and specifically to bar the National Security Agency and other agencies from using … the USA PATRIOT Act to collect records … pertaining to persons not subject to an investigation.”

Nor is this bill that California has pushed to bar its agencies from abetting the federal government in its pursuit of a locally unpopular goal. In October of last year, Gov. Jerry Brown signed the Trust Act, which prohibited law enforcement in the state from detaining undocumented immigrants for deportation if they arrested for a misdemeanor and would otherwise be released.

Antipathy to the NSA’s domestic spying effort is likely on the rise amongst the California electorate. Possible evidence of this is the slipping poll numbers of long-serving California Sen. Dianne Feinstein, who recently recorded an all-time low approval rating following months of outspoken defense of the actions of the county’s electronic surveillance apparatus.

Anger at NSA spying also extends throughout the state’s prosperous tech industry. During a meeting at the White House late last year, leaders of the nation’s largest tech firms, many of which are based in California’s Silicon Valley, charged that ongoing revelations about government spying have damaged public confidence in the security of their products and their bottom lines.