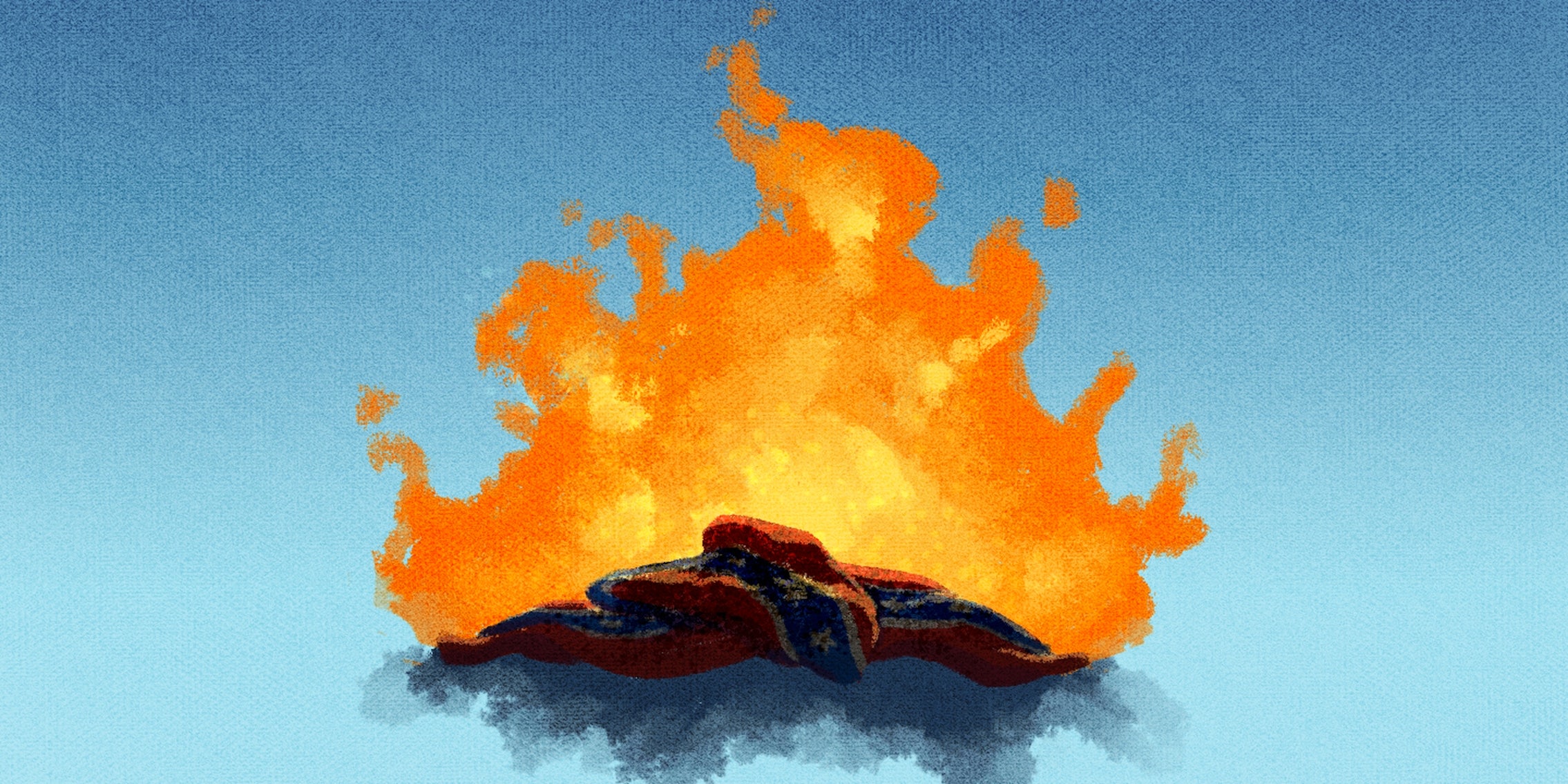 The Internet’s new favorite thing is burning the Confederate flag

This is getting big.

If South Carolina won’t take down the Confederate flag, a rising movement encourages Americans to deny its power the next best way: by burning it.

It is, perhaps, the most powerful symbolic gesture Americans can make, given that the flag still controversially flies over the capital city of Columbia.

On Wednesday evening, nine worshippers were murdered in Charleston, South Carolina, at an historic African-American church.

“In that South Carolina will never willingly take down the flag, the time has come for opponents to exercise their First Amendment right to free speech and burn the Confederate flag—at the state Capitol in South Carolina, in front of the White House, in front of Fox News or maybe even outside the Grand Ol’ Opry,” writer Joe Lapointe argued in an op-ed for the Detroit Free Press.

To that end, a “National Burn the Confederate Flag Day,” scheduled for Saturday, is going viral on Facebook and Twitter.

This is far from the first call to burn the Stars ‘n bars. It was even the subject of an art project a month before the shooting, and of a 2010 campaign in which a handful of people around the country filmed themselves in the act, and there are similar YouTube videos from far earlier. But this swell may already be the largest to date.

Some people have already gotten started. On Saturday, two people burned the flag near Philadelphia’s Liberty Bell. “That flag, to us, says terrorism. It’s a slap in the face to those folks that were murdered,” one of them, Mannwell Glenn, told NBC10 after he did it. Others carried burned flags to a protest in Charleston. Further north, the Buffalo Anti-Racism Coalition held a burning ceremony Sunday.

It’s spreading online, too. Bloggers have created instructions on how to do it. And in perhaps the geekiest example to date, one intrepid Minecraft user figured out how to burn a giant one in the game.

It’s even found new life as a variant on the Most Interesting Man in the World image macro:

Curious of the legality of participating? Provided you’re not violating other laws like starting a fire in a public place, the Supreme Court has ruled that protesting by burning the American flag is protected by the Constitution. So you can be damn sure that burning a symbol of a 150-year-old insurrection movement is within your rights.