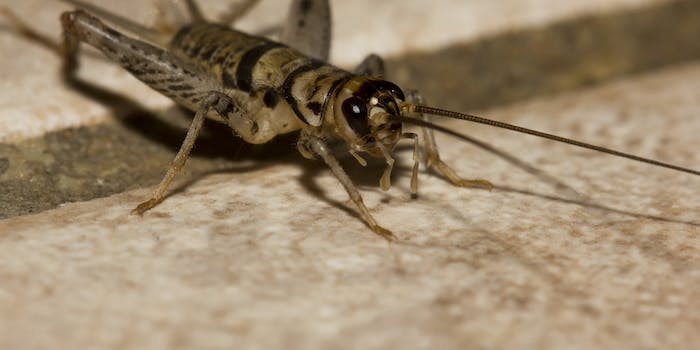 Mattel’s new toy car is driven by a live cricket

A great idea, or seriously creepy?

Smart toys are a dime a dozen these days, but Mattel’s new Bug Racer takes things one step further by adding a living, breathing creature to the mix. As you might have guessed given the name “Bug Racer,” the tiny electronic vehicle is piloted by a living insect—in this case, a cricket. Simply place the bug in the car’s transparent cockpit and slide it into place on the body of the vehicle. Once he’s all strapped in, motion sensors detect the little guy’s every movement, steering the vehicle left or right based on whatever direction the cricket favors.

When your insect driver gets too sleepy to remain behind the wheel there’s also an automatic mode that allows the toy to cruise around anyway. There’s even a built-in feeding chamber and “habitat” where the bug, or bugs, can live when they’re not burning rubber all over your living room.

Unfortunately, the package doesn’t actually include any crickets, so you’ll need to go on a recruiting mission to find a suitable driver. Mattel makes no mention of whether other bugs are suited for such a task, but there’s a good chance anything cricket-sized would work just as well.

Photo via Gemma Stiles/Flickr (CC BY 2.0)