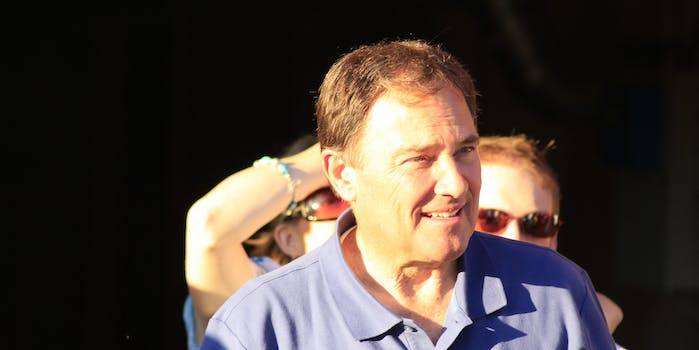 The Salt Lake Tribune reports that Herbert signed two anti-porn measures earlier this year—one of which declared pornography a “public health hazard” linked to infidelity and “dissatisfaction in marriage.”

Herbert requested the $50,000 as of part of the state’s $16 billion budget proposal. The funds would be given to the Utah Coalition Against Pornography, a group affiliated with a network of religious organizations and sexual addition therapists.

Pamela Atkinson, chairwoman of UCAP and a close adviser to Herbert, said that the money would fund seminars in schools around the state. Atkinson told the Tribune: “The bottom line is that the incidence of pornography is growing despite all the efforts of so many people in the world and around the country.”

Herbert told reporters he was already on record claiming pornography as a public health issue. “This effort is an effective way to empower parents with practical methods to protect their families from the dangers of pornography,” the governor said.