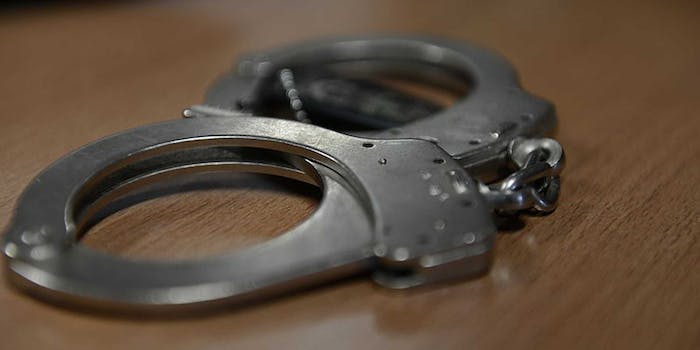 A former Ohio State Police trooper has pleaded guilty to violating the rights of a handful of female motorists by forcing them to “engage in sexual acts, some of which he photographed, in exchange for his agreement not to file criminal charges or issue traffic infractions against the victims or their friends,” according to release by the U.S. Department of Justice.

Bryan Lee, who served as an Ohio State Police trooper from 2006 until October of last year, attracted the attention of the law enforcement agency’s internal review process when a routine examination of footage from Lee’s cruiser’s dashboard camera showed “inappropriate conduct with a female driver” during an incident when Lee had intentionally stopped his body microphone from recording.

“The conversations that he was having, they didn’t seem to be quite as work-related as they should be,” Ohio Highway Patrol Public Affairs Commander Lt. Craig Cevetan told WBNS. “The questions that he was asking didn’t really seem to pertain to the stop, so at that point we began to investigate a little bit further into the incident.”

Further review of Lee’s activities found that this type of coercion was part of pattern that saw him taking advantage of women he had pulled over, sometimes while his victims were still in handcuffs. Lee even went as far as cyberstalking one of his victims—repeatedly sending threatening electronic messages to a woman he had pulled over multiple times in the span of a few weeks.

Lee admitted to sexually assaulting four women over the course of the three-year span. He faces up to nine years in prison.

“There can be no greater breach of trust or abuse of authority than a police officer exploiting the power of his badge to sexually abuse the very citizens he has sworn to protect,” said Assistant Attorney General Caldwell in a statement. “Today’s guilty plea should serve as a reminder that nobody is above the law, especially those who have taken an oath to uphold it.”