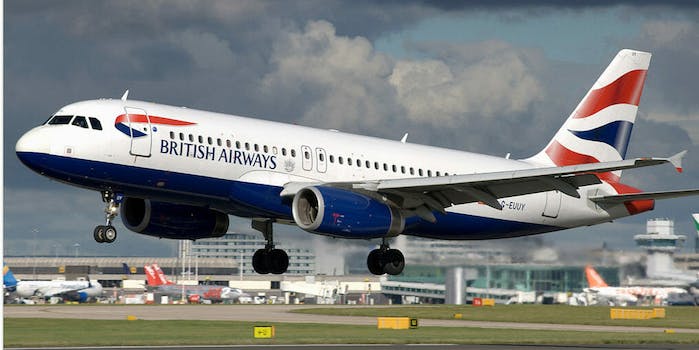 British Airways suffered a major IT systems outage Saturday at the airline’s London hubs, causing fight cancellations and delays for thousands of travelers around the globe.

Long lines of passengers expecting to board flights at London’s Heathrow and Gatwick airports raised concerns about the confusion Saturday morning as British Airways started officially canceling flights. According to NBC News, British Airways says disruptions and delays could continue throughout the already busy holiday weekend.

Even after flights were canceled, passengers complained they had to wait in line just to leave the airports.

.@HeathrowAirport @BBCNews @British_Airways we have sympathy but must be a better to exit an airport pic.twitter.com/tOqg8zVr7A

British Airways is scrambling to sort out the problem and is offering full refunds to stranded passengers. British Airways initially canceled flights scheduled to take off from London before 6pm, but a second notice from London Hearthrow Airport extended cancelations through Saturday evening. Passengers ticketed for British Airways flights leaving London being told not to come to the airport.

UPDATE 2 | All @British_Airways flights leaving from @HeathrowAirport this evening (UTC+1) have been cancelled after a BA IT issue. pic.twitter.com/XzQQaygYtW

The airline has said the IT system failure does not appear to be related to any kind of cyber attack.