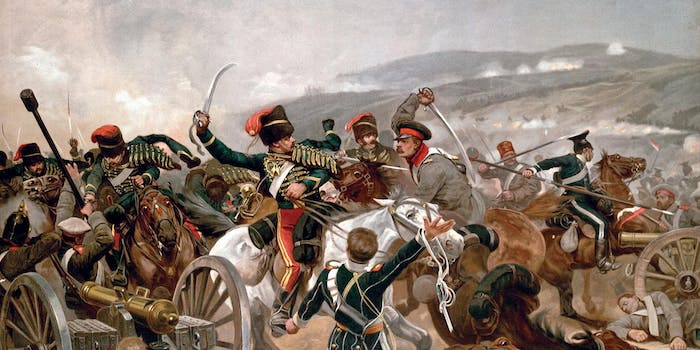 Is there anything we need less?

Brigade, a social networking application for political stances, has launched. Founded by Sean Parker, the former president of Facebook and cofounder of the file-sharing tool Napster, Brigade is specifically designed to highlight political belief.

On Facebook “you obey a certain set of social rules on the kinds of things you share or don’t,” Parker told Politico. “When it comes to your civic identity or your political identity or your charitable identity, frankly you don’t want to express that side of yourself on Facebook. It’s not the right medium to do it.”

Anyone who’s made the mistake of accepting friend requests from a shed-dwelling uncle or a Grad Student Who Read a Book Once might be forgiven for asking Parker, “Are you freaking kidding?”

The initial launch of the network is an invite-only beta with a limited set of features. But you can sign up for an invite on the Brigade website. Another half-dozen releases will follow over the next year.

When you sign up, you are led through a series of yes-or-no questions on topics ranging from police wearing body cameras to legalizing dope. You can agree, disagree, or indicate a lack of an opinion.

The site’s own promo describes it as “the first app that lets you discover which of your friends support you, and on what issues.” You can use it to “Write your own opinions, then poll your friends to see what they think and why. Find agreement without being disagreeable in a place made just for discussing important issues.”

Anyone who has come to think of the Internet as a kind of stomach-dissolving ideological echo chamber might be forgiven for asking Parker, “Are you freaking kidding?”

Brigade’s VP of communication, Andrew Noyes, told the Daily Dot that the current app was built up from a test app they released several months ago: “One thing we learned is that the test app, which had almost 13,000 users who shared 1.1 million opinions, was not an ‘echo chamber.’”

The users so far skew young, with 83 percent of them being under 33 years old, and 50 percent being under 24. But if my experience was any indication, the opinions of an overeducated hillbilly with a liberal streak who is staring death in the face are well represented as well.

Clearly, users of online communications tools and social networks enjoy registering their beliefs and to no small extend seeing them validated. Perhaps Brigade will add texture to that experience.