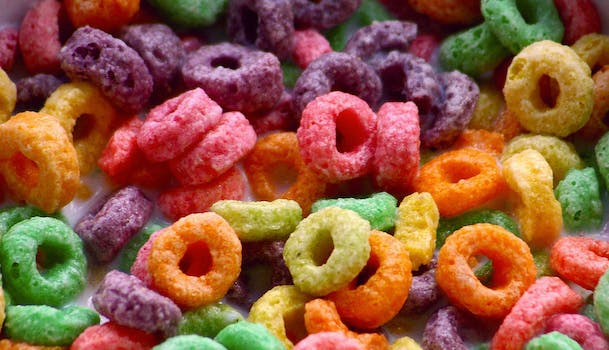 Big Cereal is the latest target for the far-right news publisher.

Cereal maker Kellogg’s decision to pull its advertising from Breitbart News due to what it said is a conflict in values has stirred an uprising within the popular conservative news site.

The far-right Breitbart News on Wednesday called for a boycott of Kellogg’s products due to the corporation’s decision, and launched a “#DumpKelloggs” petition.

Alexander Marlow, Breitbart editor-in-chief, called the decision to pull out “bigoted and anti-American.”

“If you serve Kellogg’s products to your family, you are serving up bigotry at your breakfast table,” warned Marlow.

As is typical with Twitter, the right-wing hashtag #DumpKelloggs was soon hijacked by lefties.

Hang on, I can eat junk food AND piss off Breitbart's Nazis at the same time?

PASS ME THEM THERE POP TARTS!#DumpKelloggs

A hashtag that both poked fun at Breitbart’s boycott of Kellogg and called attention to site’s divisive rhetoric– #BreitbartCereals–soon outranked #DumpKelloggs on Twitter.

Alphabits with all the Ls Gs Bs and Ts removed #BreitbartCereals

But it was clear that many on the right took the move by Kellogg’s to be a serious assault on their beliefs.

More than 60,000 people have joined Breitbart’s online petition to boycott Kellogg’s as of Wednesday evening.

Doing so will require them to avoid Froot Loops, Frosted Flakes, Coco Pops, and the long list of other sugary cereals that defined their childhoods, in the name of free speech. Kellogg’s is also behind healthier options, such as Special K and Kashi.

But a full-out ban of the world’s second-largest snack food company may be more challenging than just avoiding the cereal aisle or skipping breakfast entirely. The company’s brand portfolio includes Pop Tarts, Cheez-Its, and even your favorite cookies from the Keebler elves.

Boycotts of Kellogg’s seem to be a long-standing American tradition. Petitions urging Kellogg’s to remove genetically modified organisms from their products don’t seem to gain much traction or attention from corporate. Amnesty International on Wednesday released a report that found palm oil used in some Kellogg’s products was produced using child labor. Unilever and Nestle were also included in the report.

But asking companies to be more careful about where they take their advertising dollars appears to be more effective. Kellogg’s is the latest company to pull advertising from Breitbart News; it also joins All-State, Nest, EarthLink and Warby Parker. Digital advertising service App Nexus this month barred Breitbart from using its ad-serving tools, saying that the site breached a company policy against content that incites violence.

The Breitbart News iOS app also mysteriously disappeared from Apple’s App Store this month. Twitter has yet to verify Breitbart News, despite its self-declared status as one of the “world’s top news publishers.”

Social media campaigns on Twitter urging customers to alert their favorite brands about Breitbart News are in full force following the month after the presidential election.

One campaign known as Sleeping Giants asks followers to take a screenshot of an ad and tweet at the advertiser with a polite note.

How to be a Giant:
1) look on Breitbart & take a screenshot of an ad
2) tweet it to the advertiser with a polite note
3) tag @slpng_giants

Users have responded to the call for action, tweeting at companies such as Staples, Boston’s Children Hospital, and Coca-Cola. Alumni of universities that advertise on Breitbart News are speakingout as well.

It seems to be having an impact:

CONFIRMED: @zulily has taken Breitbart off of their media plan. Treat your kids to some seriously nice threads this holiday!

CONFIRMED: @LOCCITANE has dropped Breitbart from their media plan. Smell great this holiday season. Buy your fragrances from them!

For its part, Kellogg’s isn’t in a position to lose business. Americans have gotten more health conscious, and sales in processed foods have suffered as a result. Kellogg’s cereal business—which accounts for 40-45 percent of its sales— has suffered sluggish growth since 2012. Sales of its snacks, most of them weight-management products like Special K bars, have been on the decline since 2013.

Breitbart told The Los Angeles Times that Kellogg’s decision will have virtually no impact on its revenue. Whether the company will take a bigger hit if more of its advertisers jump ship is unknown.