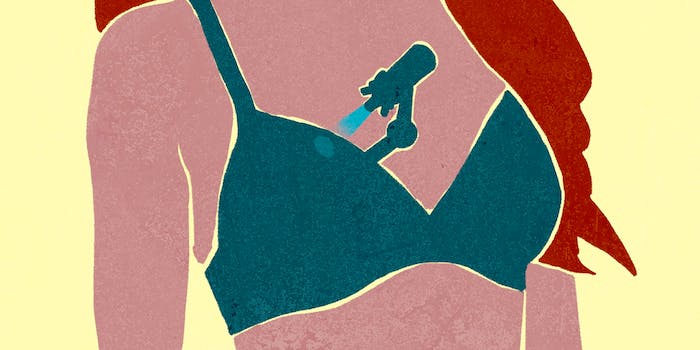 Bra that can detect breast cancer could be a health breakthrough

When it comes to breast cancer, early detection is crucial.

One of the best approaches to fighting breast cancer is early detection, and researchers in Colombia have developed a tool that might make a big difference in that effort: a bra that detects warning signs of breast cancer in the wearer.

The bra, created by scientists at Colombia’s National University, contains small infrared sensors that record the breasts’ temperature and provide a warning signal if they detect any irregularities.

The bra can produce a reading in a matter of minutes. It uses a stoplight-style three-light warning system, with a green light meaning no issues have been detected, a yellow light suggesting that another test needs to be conducted, and a red light warning the user to visit a doctor to receive a proper medical exam.

Early detection is one of the most likely ways of ensuring that a woman survives getting breast cancer.

The cancer-detecting bra is still being tested in the labs of Colombia’s largest university. The researchers did not offer predictions as to its future availability. Their goal is to eventually bring it to market at an affordable price.