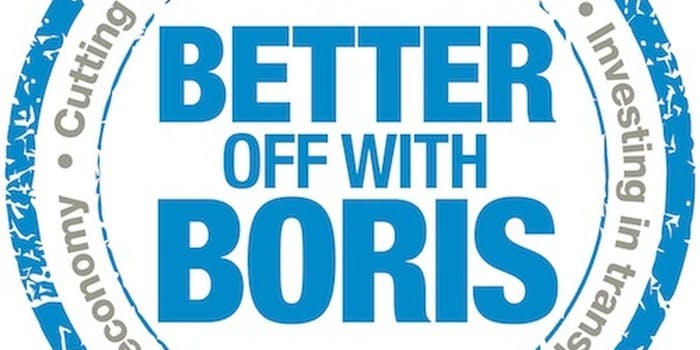 Boris Johnson has three Twitter accounts to his name, yet no one seems happy about any of them.

Now Johnson has vowed to cease using the account to promote his reelection campaign, switching the handle from @BorisJohnson back to @MayorofLondon, and using a third, brand-new account for his campaign.

“As (Johnson) entered the campaign he was determined to ensure there was no confusion between him as Mayor and him as a candidate and therefore changed the name of his Twitter account,” a spokesperson wrote on Johnson’s campaign blog. “He did not expect this openness and honesty to have created such hysteria. So in case there is even one Londoner who has a problem with what he did, he will not use that account for the campaign and instead can be followed from the political front on @BackBoris2012.”

The campaign has also deleted the following tweet, sent yesterday from the newly-appropriated mayoral account, presumably because it promoted Johnson’s reelection bid: “To be clear-@borisjohnson will only be used for discussing mayoral duties. To follow me on the campaign trail, follow @backboris2012.”

The @borisjohnson account still exists, but has no activity and barely any followers, suggesting it was freshly registered to prevent Twitter squatters from claiming it.

The Guardian reports that the @mayoroflondon account actually began under the name @BorisJohnson when the mayor started it in 2008. It was changed to @mayoroflondon a few weeks later at Johnson’s behest.

In 2009, local authorities ruled that the account was being used in Johnson’s official capacities as mayor, not as a personal account.

It wouldn’t be the first time someone’s employer tried to assert ownership over a personal account.