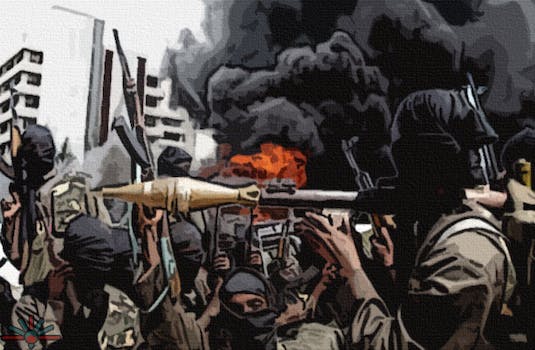 The message has been listened to more than 50,000 times.

Boko Haram, the Nigerian Islamist militant group that has waged a war killing more than 5,000 civilians since 2009, pledged allegiance to the Islamic State on Saturday night by tweeting an audio recording on Twitter.

While no one has been able to absolutely verify the message, it appears to contain Boko Haram leader Abubakar Shekau (known as “the abode of monotheism”) saying, “We announce our allegiance to the caliph of the Muslims,” referring to Abu Bakr al-Baghdadi, the Iraqi leader of ISIS, “and will hear and obey him in times of difficulty and prosperity.”

The U.S. is offering a reward of $7 million for information leading to the capture or death of Shekau. They’re offering $10 million for al-Baghdadi.

You can hear the message here. It’s been listened to 50,000 times in about 12 hours, while copies on YouTube racked up about 25,000 views in as much time.

“We call on Muslims everywhere to pledge allegiance to the caliph,” Shekau said.

Boko Haram declared support for ISIS in January before declaring their allegiance.

Boko Haram is estimated to have up to 10,000 members. ISIS may have around 60,000 men, according to American estimates, meaning this is a 16 percent increase in manpower and a key new hold on power in Africa.