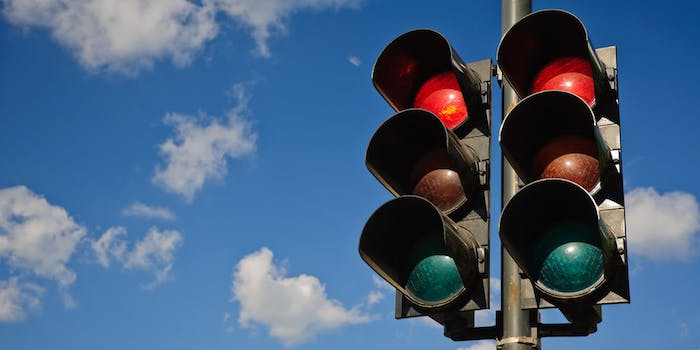 To that end, the car maker has partnered with Connected Signals to provide new models’ computers with the EnLighten app, which helps time drives to coincide with green lights.

By connecting to the municipal traffic system and dovetailing that information with the car’s GPS location, the app layers a real-time traffic prediction over the status of the stop lights nearest the driver.

EnLighten analyzes the car’s velocity – its speed, location, and direction – in conjunction with the activities of the traffic lights to suggest whether the driver has to safely cross an intersection or whether, and when, they should start.

The information is communicated to the driver via the car’s integrated display. A changing light is signaled with an audio alert and when actions are taken inside the car, such as hitting the turn signal, the system understands to focus only on the light governing that lane.

Currently, only BMW owners in Portland and Eugene, Oregon and Salt Lake City, Utah, have access to the system.

The iOS phone app is functional in those cities, as well as in Christchurch, New Zealand, Walnut Creek and Arcadia, California. BMW said the app needs “an integrated network of smart traffic signals” but given the cities where it works, one suspects it may require craft beer to function.