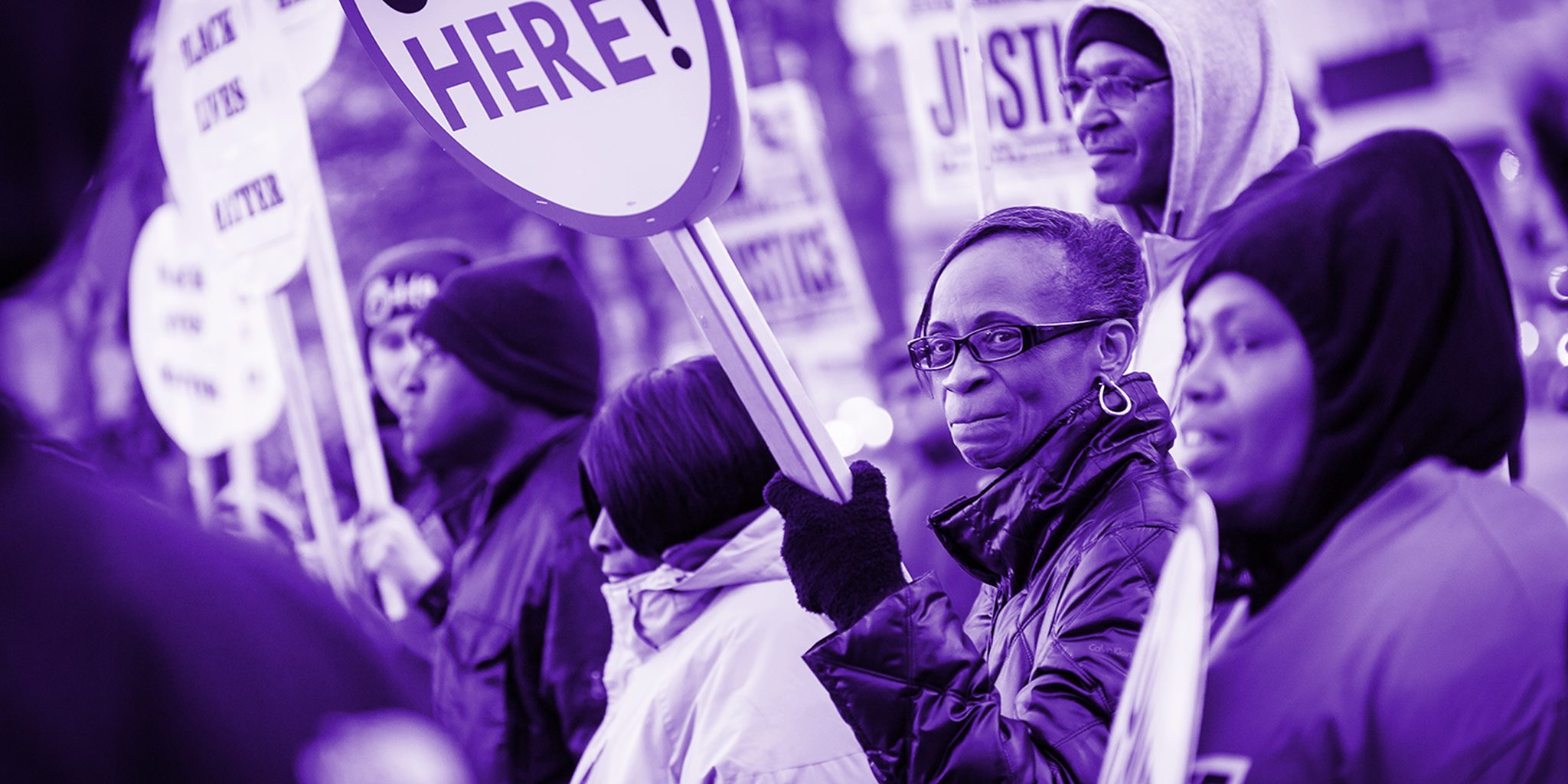 'Jamar won't celebrate Christmas this year, so we shut it ALL down.'

Minneapolis’s Mall of America tried to stop Black Lives Matter from protesting on its private property with a temporary lawsuit and a hearing on Monday. But following the police shooting of 24-year-old Jamar Clark on Nov. 15, the group’s local chapter moved forward with what is becoming an annual gathering.

This time, the protests reached holiday shoppers and travelers alike.

“Mall of America supports BLM’s First Amendment right to free expression, but courts have clearly ruled that right may not be exercised on private property without the consent of the property owner,” a request for a temporary restraining order read, according to Washington Post. “To protect Mall of America’s guests, tenants, and employees, this consent has not been given, and if BLM holds its demonstration at Mall of America despite the lack of consent, Mall of America will suffer irreparable harm.”

But the demonstration on MOA’s grounds came after a judge only barred three organizers from the local BLM chapter. And the protest snowballed following MOA’s attempts to quell the civil-rights group. Said Black Lives Matter Minneapolis in a press release on Monday:

In an unprecedented attempt at halting a peaceful gathering, the Mall of America has sued 8 activists to compel them to ‘immediately’ post messages on social media and send out a mass text message announcing that the December 23rd event is cancelled… If the motion is approved by a judge, activists could face jail time for refusing to make social media posts or send texts in accordance with the demands of a private corporation.

The judge would deny MOA’s request to have BLM Minneapolis remove social media posts about the demonstration and cancel it. The group’s lawyer argued this would be unconstitutional had the judge agreed at the hearing, according to Chicago Tribune.

MOA sought to avoid the disruption of businesses closing like a year ago during a massive demonstration at America’s largest mall.

This time, according to CBS Minnesota, protesters only occupied the space temporarily before relocating the event and shutting down the Minneapolis-St. Paul International Airport.

If you are still at the mall, please leave safely as soon as possible. Cops are threatening arrests.

Many boarded buses or trains to the airport after a wall of officers at the mall blocked them, according to ABC News.

The airport remains open despite roadways being blocked by protesters.

Checkpoint #1 at Terminal 2-Humphrey has reopened.

Both checkpoints at Terminal 2-Humphrey are now open and TSA has commenced the screening of passengers.

According to the airport, protesters caused traffic delays. The airport temporarily closed checkpoints at Terminal  2.

Video of the scene at Terminal 2 pic.twitter.com/4p5rns3sL1

There are reports of three arrests today- 1 at mall and 2 at airport Terminal 2. If you are aware of any else, please message us.

Wednesday’s protest was fueled by the death of Clark. Last year, Black Lives Matter protested police shootings in New York City and the death of Michael Brown in Ferguson, Missouri.

We've just shut down the mall, the lightrail, AND the airport. Jamar won't celebrate Christmas this year, so we shut it ALL down. #BlackXmas

Photo via Dorret/Flickr (CC BY 2.0) | Remix by Jason Reed