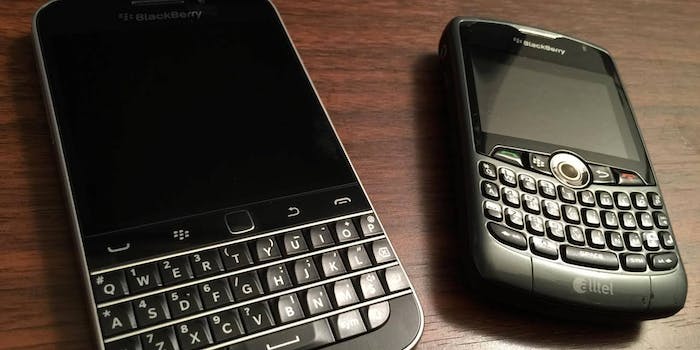 The iPhone may be better, but BlackBerry wins most improved

The Classic is, without a doubt, the iPhone 6 of BlackBerries.

If you’re a smartphone fanatic you’ve had a lot to be thankful for in 2014. Not only was it a big year for Android devices with the HTC One M8, Moto X, and LG G3, but Apple’s iPhone finally joined the big-screen party with the iPhone 6 and phabletized iPhone 6 Plus. Then, just days before the year was about to close out, BlackBerry comes out of nowhere with the announcement of the Classic—a return to form for the company and a love letter to anyone who ever loved a BlackBerry device.

It’s reminiscent of 2007, another stellar year for mobile gadgets, though at the time it was hard to know what it all meant. Back then, the BlackBerry Curve 8330 was one of the must-have devices. It was compact, powerful, and had one of the best mobile keyboards ever conceived. The camera was amazing for its day and it was a messaging and email powerhouse.

The iPhone debuted that same year, marking the official start of the touchscreen revolution and the start of Apple’s return to glory. The two devices were very different then, and their distant successors are still very different now, but while Apple has thrived and BlackBerry has fallen in the years since, they’re both still here and they’ve both made huge leaps forward. 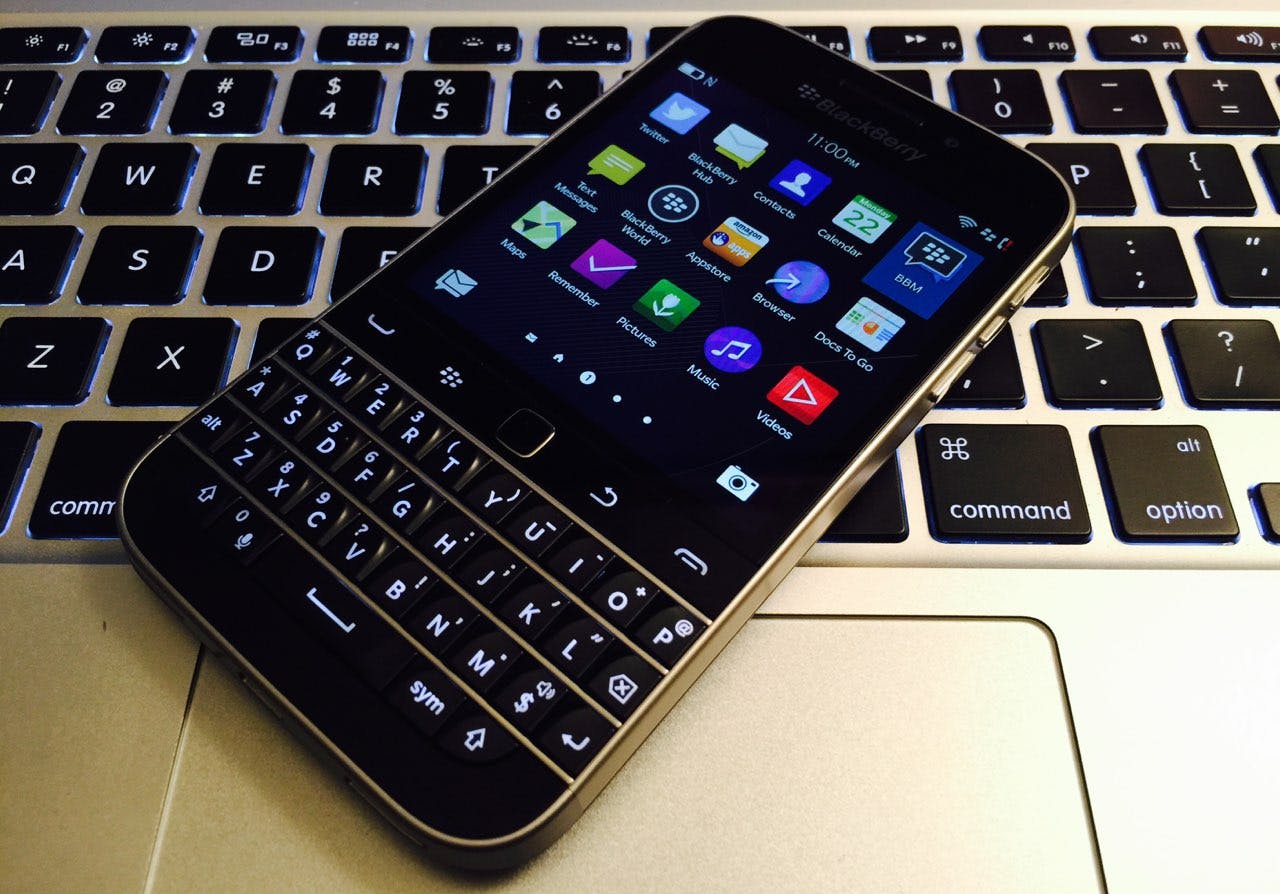 But which company has made more progress?

It might sound like an absurd question, given the collective love for the iPhone compared to that of BlackBerry, but ignoring all the success of the former and all the previous missteps of the latter, the Classic and iPhone 6 are remarkably similar. Using 2007 as a starting point, here’s how far each phone has come in the time since.

The BlackBerry Curve was a bit of an under-performer in talk time battery life, but the Classic dominates the new iPhone in both standby and talk categories, making the winner here pretty clear.

If you break this down into the percentage of size and resolution that the new devices gained over their 2007 ancestors, the results are split—Apple wins on resolution while BlackBerry gained more size, relative to its 2007 counterpart. We’ll call this one a draw.

Both devices made huge, almost unimaginable leaps in terms of overall power, but Apple’s A8 chip is simply the best of the best right now, and every benchmark test on the Web shows that without question.

It’s actually kind of remarkable how close these two devices were in 2007, and how close they remain now at the end of 2014. Hardware wise—which is the basis for this entire comparison—it’s coin flip.

These are the x-factors—the hardware-level features that have been added since 2007 that change the way you use the phones. They can’t be measured with numbers, but they’re worth keeping in mind.

Winner: Arguably, the Classic has made bigger strides in the feature department than the iPhone.

The BlackBerry Classic is an impressive device that—as far as hardware goes—stands toe-to-toe with any competitor. Taking into consideration the numbers, along with the addition of the touchscreen and trackpad, it’s a bigger improvement over its 2007 counterpart than the iPhone 6 is.

Now, before you crack your knuckles and prepare to launch a barrage of insults into the comments section, let me just say that the iPhone 6 is still a better, more capable device than the BlackBerry Classic. In fact, the iPhone 6 may well be the best smartphone ever made. That is largely thanks to Apple’s stellar iOS platform, a staggering wealth of software-based features like Siri, and an endless number of third party experiences on the App Store.

That being said, anyone who hasn’t kept an eye on BlackBerry over the past half decade or so will probably be surprised to see just what kind of a device the company unceremoniously launched a couple of weeks before the end of the year. It is, without a doubt, the iPhone 6 of BlackBerries.