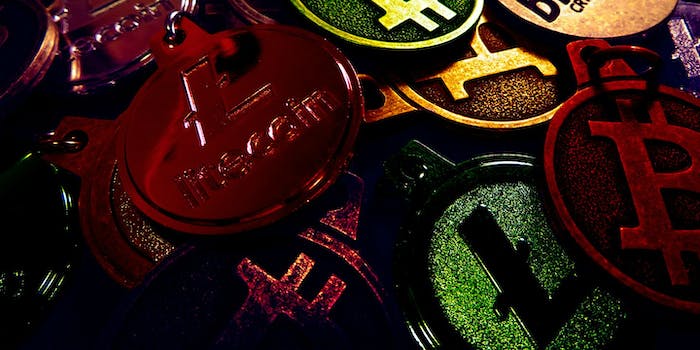 Major Bitcoin exchange Bitstamp loses up to $5.2 million worth of coins in hack

It looks like Bitstamp will live to trade another day.

Bitstamp, one of the world’s most prominent Bitcoin exchanges, reports that its system for storing coins has been compromised in a hack that occurred over the weekend. A message posted on the exchange’s website says that fewer than 19,000 coins were stolen, which is roughly equivalent to $5.2 million USD.

“Upon learning of the breach, we immediately notified all customers that they should no longer make deposits to previously issued Bitcoin deposit addresses,” wrote Bitstamp officials in the statement. “As an additional security measure, we suspended our systems while we fully investigate the incident and actively engage with law enforcement officials.”

The statement went on to note that the loss only “represents a small fraction of Bitstamp’s total Bitcoin reserves” and that the company has more than enough cash on hand to ensure none of its customers will end up losing money as a result of the hack.

The scale of this hack pales in comparison to the 650,000 coins taken from the failed Japan-based exchange Mt. Gox last year. That attack—which some law enforcement officials have speculated was an inside job—sent Mt. Gox into bankruptcy. The company’s depositors did not ultimately receive refunds, and many are still pursuing legal action.

Hackers reportedly targeted Bitstamp’s operational “hot” wallets. Bitcoin exchanges like Bitstamp typically use hot wallets, ones connected to the Internet, to make transactions and then transfer their holdings to “cold” wallets that are kept unconnected from the Internet for safekeeping. Bitstamp, along with the majority of other professional Bitcoin businesses, stores the overwhelming majority of its coins in cold wallets, largely out of the reach of hackers.

“[We are] working to transfer a secure backup of the Bitstamp site onto a new, safe environment and will be bringing this online in the coming days,” Bitstamp CEO Nejc Kodri? told Wired.

According to BitcoinCharts.com, over the previous 30 days, Bitstamp has controlled about 6 percent of the market for trading Bitcoin for other currencies.

CoinDesk reports that effects of the outage have reverberated throughout the Bitcoin economy. Taariq Lewis, CEO of the precious metals and digital currency trading platform DigitalTangible, told the cryptocurrency news organization that his site’s users were shown incorrect prices after Bitstamp went down.

The hack comes at particularly inopportune time for both Bitstamp and Bitcoin in general. The company has just launched a mobile app only days prior to suspending operations and Bitcoin is dropping into the doldrums of a long price slide. From an all-time high of over $1,200 USD in late 2013, the virtual currency is currently only worth around $275 USD.

Interestingly, while Bitcoin dropped by just over 50 points the day before the hack, the cryptocurrency’s price hasn’t been nearly as volatile after Bitstamp’s temporary closure. In fact, over the past 24 hours, the value of Bitcoin has actually notched upward slightly.