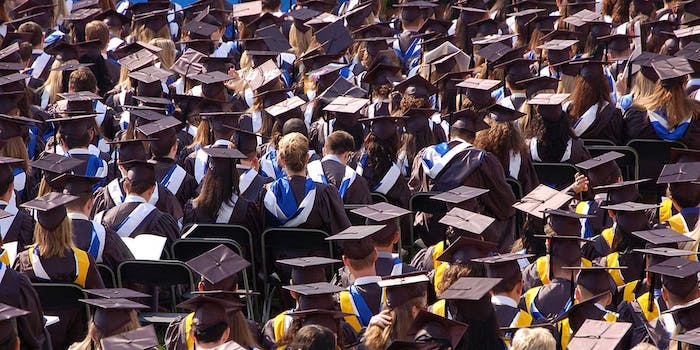 It's been a year of firsts for Bitcoin, and here comes another one.

It’s been a year of firsts for Bitcoin, and here comes another one.

A university in Cyprus, a nation that has jumped head-first into the digital currency craze, will be the first university in the world to accept Bitcoin as tuition payment and to offer a master’s degree in the cryptocurrency.

The University of Nicosia, an English-language school and the largest institute of higher education in Cyprus, recently announced its plan to integrate with Bitcoin, hailing it as the wave of the future.

“We are acutely aware that digital currency is an inevitable technical development that will lead to significant innovation in online commerce, financial systems, international payments and remittances, and global economic development,” said university chief financial officer Christos Vlachos in a written statement. “Digital currency will create more efficient services and will serve as a mechanism for spreading financial services to under-banked regions of the world.”

Though its still debatable whether Bitcoin will become a sustainable financial resource or just another flash-in-the-pan speculative bubble, there doesn’t seem to be too much risk for the university. Vlachos told the Associated Press that Bitcoin payments will be immediately transferred into Euros the day the are received.

University of Nicosia officials see this new payment method as the perfect opportunity to help attract international students by easing the payment process. The school draws heavily upon online students from developing parts of the world. Vlachos tells Motherboard the transmission fees for traditional online payments, which can run as high as 5 or 10 percent, are prohibitive for some of these students. Bitcoin payments would cut out the extraneous costs.

But more than just easing payments for international students, Nicosia’s full-throated embrace of this four-year-old currency speaks to how quickly Bitcoin has become enmeshed with Cyprus’ economy.

More than any other nation, this Mediterranean island republic has seized upon this international, unregulated currency. During the midst of the island’s banking crisis, when politicians discussed the idea of seizing bailout funds from private bank accounts, citizens rushed to transfer their money into Bitcoin in order to keep it from prying hands.

At the time, last spring, Bitcoin was already gaining in value, but was still being weighed down by its notoriety as the currency of choice for illicit online activities. The influx of Cypriots into the market, according to Motherboard’s Meghan Neal, turned Bitcoin’s reputation from “nefarious criminal currency to an anarcho-capitalist savior of freedom.”

Bitcoin has seen a meteoric, though uneven, rise in value throughout 2013. The currency was trading at less than $6 when the year began. If you invested early, you’ve got reason to celebrate: As of today, Bitcoin is trading at over $750.