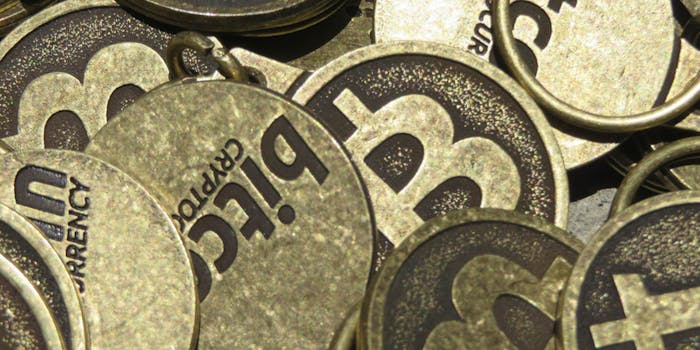 The Bitcoin Foundation has spent the last two days talking to lawmakers about regulating the cryptocurrency. Here's what they're discussing.

On Monday, the Bitcoin Foundation—an advocacy group for Bitcoin—met with lawmakers in Washington, D.C., to discuss possible federal regulation of the digital cryptocurrency.

According to the Washington Post, attendees at the meeting included representatives from the Federal Bureau of Investigation, the Internal Revenue Service, and the Treasury Department, among other agencies.

Jerry Brito, a senior research fellow at George Mason University who attended the closed-door meeting, told the Post that government officials voiced concerns that without proper regulation, the cryptocurrency would be used for illicit purposes.

Indeed, one of the major criticisms of Bitcoin is its attractiveness to Internet users looking to purchase drugs and other illicit materials from anonymous online markets like the Silk Road.

“What the Bitcoin Foundation tried to stress is that Bitcoin is less useful for those purposes than other centralized virtual currencies,” Brito said to the Post. “I think that got through, but the feeling from regulators wasn’t, ‘Oh boy, all of our concerns have been laid to rest now, and thank you for coming.’”

According to the Post, attendees at the meeting also discussed the potential economic impacts of over-regulating Bitcoin. The foundation’s regulatory affairs committee chairman, Marco Santori, apparently warned lawmakers that over regulation could drive the growing industry of small businesses using Bitcoin into other countries, where laws are more lax.

Sources who attended the meeting told the Post that the lawmakers’ tone was nonconfrontational and that they seemed more interested in learning about the digital currency than criticizing it.

Talks will continue throughout Tuesday between the lawmakers’ staff and the Bitcoin Foundation.