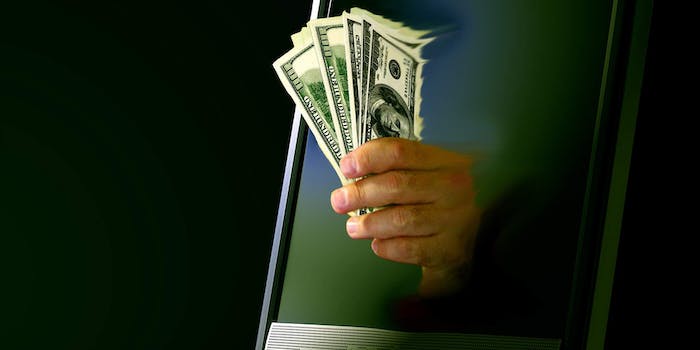 Bitcoin goes DIY: You can now easily make your own coin clone

Now you, too, can create your very own cleverly named Bitcoin knock-off!

There’s not a lot known about the creator of Bitcoin. Going by the name Satoshi Nakamoto, Bitcoin’s inventor first proposed the idea in an essay published in 2008. Since Satoshi Nakamoto is likely a pseudonym, no one knows if Nakamoto is really a he, a she, or even a them. In fact, pretty much the only thing we know about Nakamoto is that it’s very likely he/she/they parlayed his/her/their invention of Bitcoin into a massive fortune.

Inventing a currency out of thin air and then riding it out to a life of fortune and pseudonymous fame seems like a sweet gig, but there is one problem—digital currencies like Bitcoin are really, really complicated. Creating something people can use to hire prostitutes or donate to the political campaigns of Tea Party Republicans requires an in-depth knowledge of economics, cryptography, and computer programming.

Enter Coingen—a website that allows anyone to create their own personal cryptocurrency in a matter of minutes with a minimum of technical acumen. Coingen allows users to name their currency as well as select both the rate and algorithmic method by which new coins are generated.

I created one of my own, the DeutschMarkWhalberg. However, getting my cryptocurrency into circulation takes slightly more than a punny name. Coingen requires a handful of small donations, which can be made by anyone, to a Bitcoin wallet address created for each proposed currency before it goes live.

The status of all of Coingen’s pending currencies—including my own, swagbucks, and notascamcoin—can be found here.

Developer Matt Corallo explained in an email that the idea to create a system where people would make their own altcoins, the label given to all cryptocurrencies not named Bitcoin, had been floating around for a few years. ‟I figured I had a few days free,” he wrote, ‟so why not?”

The platform has yet to be completely automated, it’s currently running ‟semi-manually,” so there’s currently a bit of a backlog.

Once someone designs a currency through Coingen, other people can then start mining as long as the creator their node open and create a workable P2P network. So it’s not exactly for total cryptocurrency amateurs, but the process was definitely easier than if I were to have attempted hack out the DeutschMarkWhalberg from scratch.

Corallo noted that the success of any the currencies created on Coingen is likely dependent on how well they’re marketed. ‟[Other than Bitcoin,] we’ve yet to see any altcoins that do anything interesting, really (aside from clever marketing, of course).”

“Coingen just makes that market more available to people with marketing expertise instead of those with just enough technical skills.” Corallo also said in an interview with Digital Trends.

Sadly, no matter what people on Coingen come up with, they’re going to hard pressed to come up with something better than CoinYeWest. That currency is a genius.