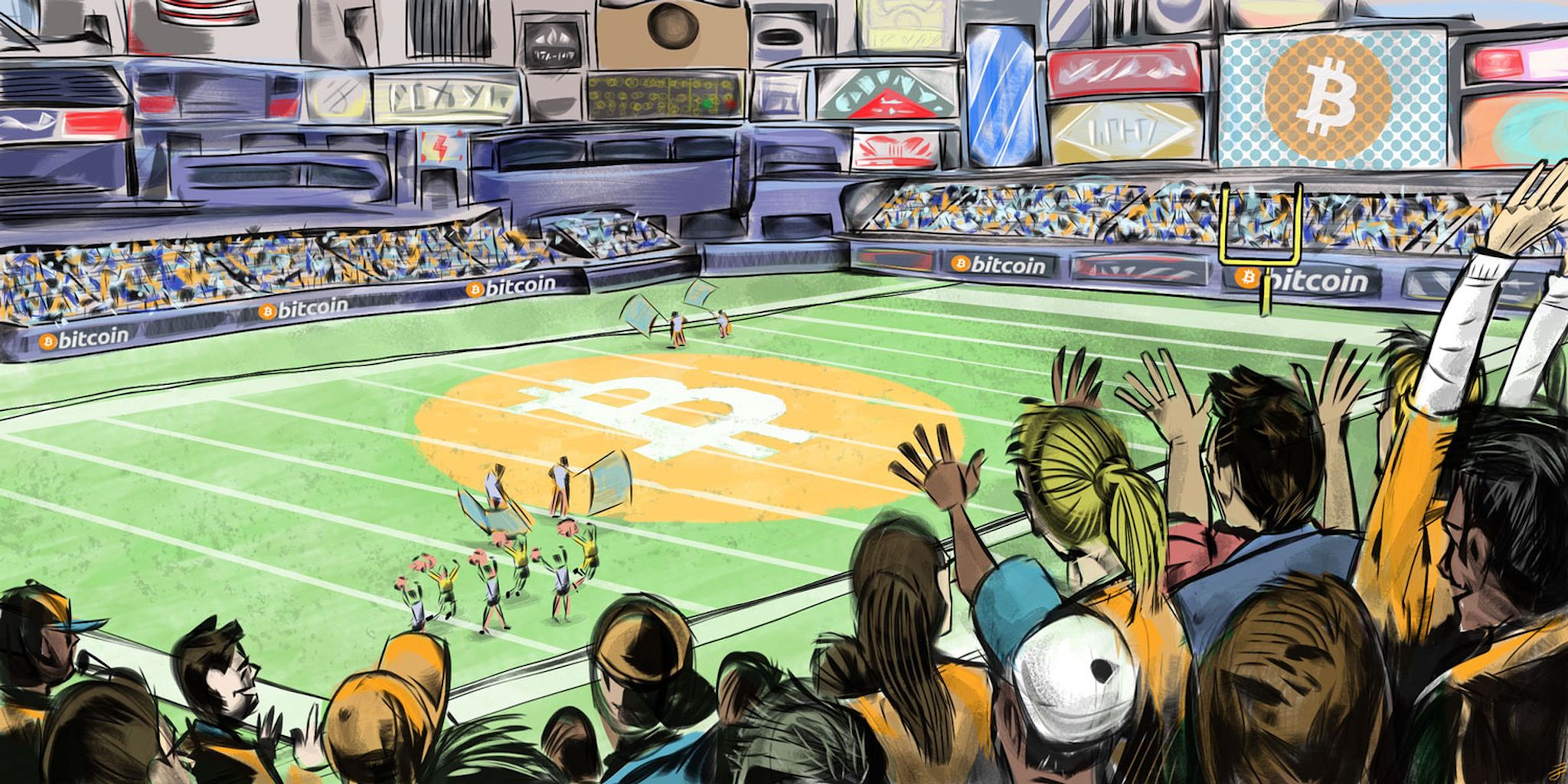 St. Petersburg was supposed to be the 'Bitcoin capital of the world.' It isn't.

Walk around downtown St. Petersburg, Florida, and you’ll mostly notice how good everything seems. The weather’s great. There’s a healthy stream of tourists. Downtown businesses, once struggling, have rebounded in the past year.

One thing you likely won’t notice, at least unless you squint, is any sign that one company, flush with tech startup cash, tried to make St. Pete the Bitcoin capital of the world.

The year before, a company called BitPay shelled out a bundle of money to sponsor the city’s college football bowl game, dubbed the Bitcoin Bowl. It was supposed to carry that title for at least three years. 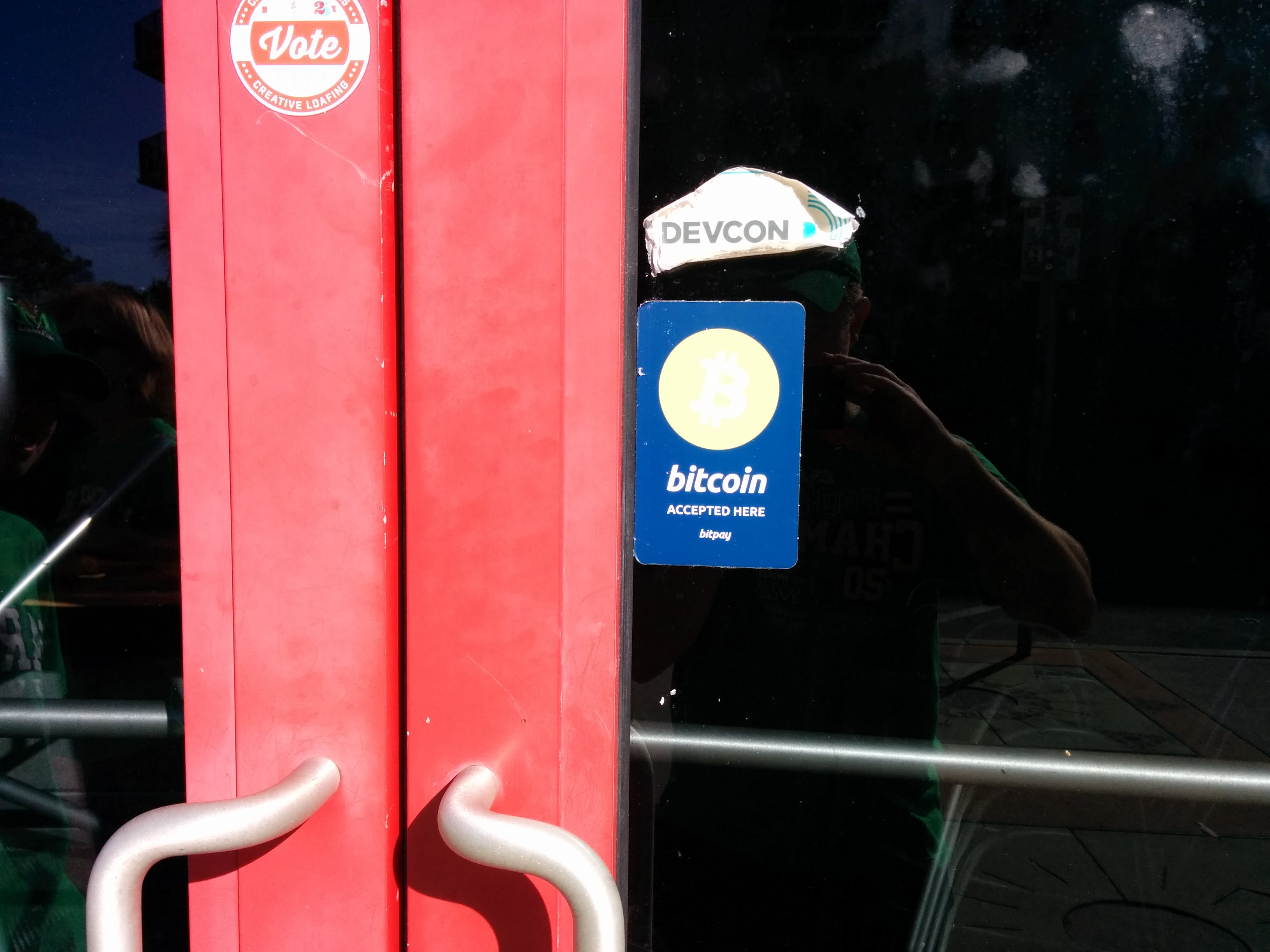 A startup that helps businesses pay low transaction fees by converting payments to Bitcoin and back, BitPay inked a three-year deal to become the primary sponsor of St. Petersburg’s annual college football bowl game. It was a remarkably bold bit of branding for a company reliant on an online currency everyone in America seemed to have heard of but few actually used.

Part of BitPay’s plan was to outfit downtown with the tools it needed to become as Bitcoin-savvy as possible. It partnered with the local Chamber of Commerce to help the town’s small retail stores use BitPay’s app, which allows customers to convert their money to Bitcoin to pay. It partnered with the now-defunct Trucoin to set up Bitcoin ATMs at the city.

Last year, I went down to St. Petersburg for the game and to see the Bitcoin revolution firsthand. A Trucoin ATM ate my money. (Fortunately, the company’s president was nearby and saw it happen. He reimbursed me; it worked on the second try.) Retailers, in general, were somewhat confused by Bitcoin but willing to try it. Only a handful customers had used the cryptocurrency, business owners said, but the idea—encouraging Bitcoin fans to shop at their stores—seemed like a good one.

“I haven’t had anybody ask about it, no murmur of it at all.”

A year later, you’d hardly know BitPay had ever been there. Each of the retailers I revisited had the same story: After the bowl game was over, that was the last they thought of Bitcoin.

“I just ran a report, and it says that in the past year, I’ve had four Bitcoin transactions, $81 total,” Sara Stonecipher told me. She’s owned the women’s clothing store Misred for a decade. “But $50 was in refund—I think that probably was when they were testing it. So I would say maybe one or two people, maybe, have used it.”

“We haven’t had anybody use it. I haven’t had anybody ask about it, no murmur of it at all,” Jackie Williams, an owner of the furniture retailer Furnish Me Vintage, which is located by the stadium where the bowl game is played. She noted that the most she heard of Bitcoin in the last year centered around Silk Road, the once-dominant online black market that used Bitcoin as its primary currency. She had been excited by the possibility of Bitcoin when I talked to her last year. “It’s kind of a sad thing that it hasn’t taken off, and that it’s had more bad publicity than good.”

The story is not that the town’s economy slowed. “A majority of the businesses, at least in my strip, have increased from 20-50 percent in revenue from last year,” Stonecipher said. Instead, it’s that BitPay came and went.

As for why BitPay went, it’s not clear we’re ever going to get an answer. The company’s contract was reportedly three years, and chair and co-founder Tony Gallippi told me how excited he was to have a long-term plan with the bowl game—how effective it would be for Americans to keep seeing Bitcoin in the same context as brands like Outback Steakhouse or GoDaddy. Of course, calling a city the “Bitcoin capital of the world,” as BitPay did with St. Pete’s, is unabashedly hyperbolic, and excited fans have slapped that title on China, Romania, Canada, Melbourne, Amsterdam, the Isle of Man—you get the idea. But no company before or since put up such serious money to stake that claim. None of the involved parties—ESPN, which airs and plans a number of bowl games, including St. Petersburg’s; the city itself; and BitPay—declined to share specifics of the deal. But Fortune reported in April that BitPay’s fee was “believed to be in the single-digit millions.” That’s in line with most projections for lower-tier bowl game sponsorships.

Neither ESPN, St. Petersburg, nor BitPay had much to say about the defunct bowl deal. An ESPN representative said there was little she was authorized to say, merely that it was a “mutual decision” between BitPay and ESPN to end the sponsorship. A BitPay spokesperson added, “A continued sponsorship wasn’t in line with our business objectives for the year.”

Two weeks before the Bitcoin Bowl, a hacker tricked BitPay CFO Bryan Krohn with a spearphishing attack and stole $1,850,000 from the company—news that only became public nine months later, when BitPay sued its insurance company for not fully covering the losses. It has since reportedly gone through at least two rounds of layoffs.

I asked Andreas Antonopoulos, one of the Bitcoin world’s most respected evangelists and advisors, if BitPay’s relative standing had fallen amongst its peers. It remains one of the major players in world of Bitcoin exchanges, he said in an email, but “BitPay is also facing significant competition in the retail/merchant space from Coinbase and other companies.”

“I think they have found the road to profitability to be much harder,” he said. “Combined with the long and slow decline of the Bitcoin price throughout ’14 and ’15, it’s been tough for many Bitcoin businesses.”

Antonopoulos remains skeptical of the idea that we’re going to see widespread Bitcoin adoption in brick-and-mortar stores. “[F]or a merchant to have any success with Bitcoin adoption, it takes a high density of bitcoin adoption among customers in the area,” he said. “Bitcoin is more suitable for e-commerce, where locality is irrelevant and where the advantages over credit cards (no identity theft, less personal info, faster checkout) are much more pronounced than they are in in-person retail.”

“I think they have found the road to profitability to be much harder.”

St. Petersburg’s downtown businesses may be booming, but the game itself seems to have floundered. The city never found a sponsor for its big 2015 game, opting instead to call it the St. Petersburg Bowl. I attended—this time, as a fan. My beloved Marshall Thundering Herd beat the University of Connecticut Huskies 16-10. Wandering downtown near the stadium before game time, the mood was remarkably more subdued than the year before. Hardly anything except Ferg’s, one of those big local tourist bars, was open, and I’m skeptical of the official attendance figure of 14,652.

That’s largely due to the fact that ESPN scheduled the game for 11am on the day after Christmas, a time that made it ripe for TV watching but a real pain to attend in person. St. Pete’s bowl may only attract a niche audience—the one thing it still shares with Bitcoin.