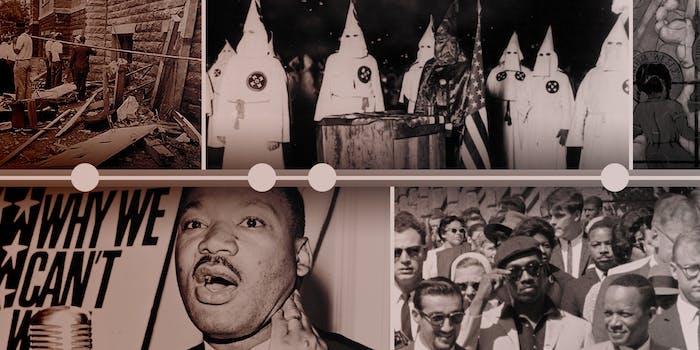 The long fight for justice after 1963’s Birmingham church bombing: A photo timeline

The battle sparked by the bombing spanned five decades.

The U.S. has a long history of violence against black churches. But few acts have resonated like Birmingham.

On Sept. 15, 1963, at the height of the Civil Rights Movement, the bomb went off. The four girls, 11-year-old Carol Denise McNair and 14-year-olds Addie Mae Collins, Carole Robertson, and Cynthia Wesley, were all killed before Sunday service at 16th Street Baptist, a place where civil rights leaders frequently met.

That prompted a legal battle that would span five decades, which played outside the larger struggle for African-Americans’ civil rights. Here’s a timeline of the events that followed the tragedy: